Set in the high desert area of central/eastern Oregon just prior to Y2K, the story has all the earmarks of a suspenseful, intriguing, cold war techno-thriller. 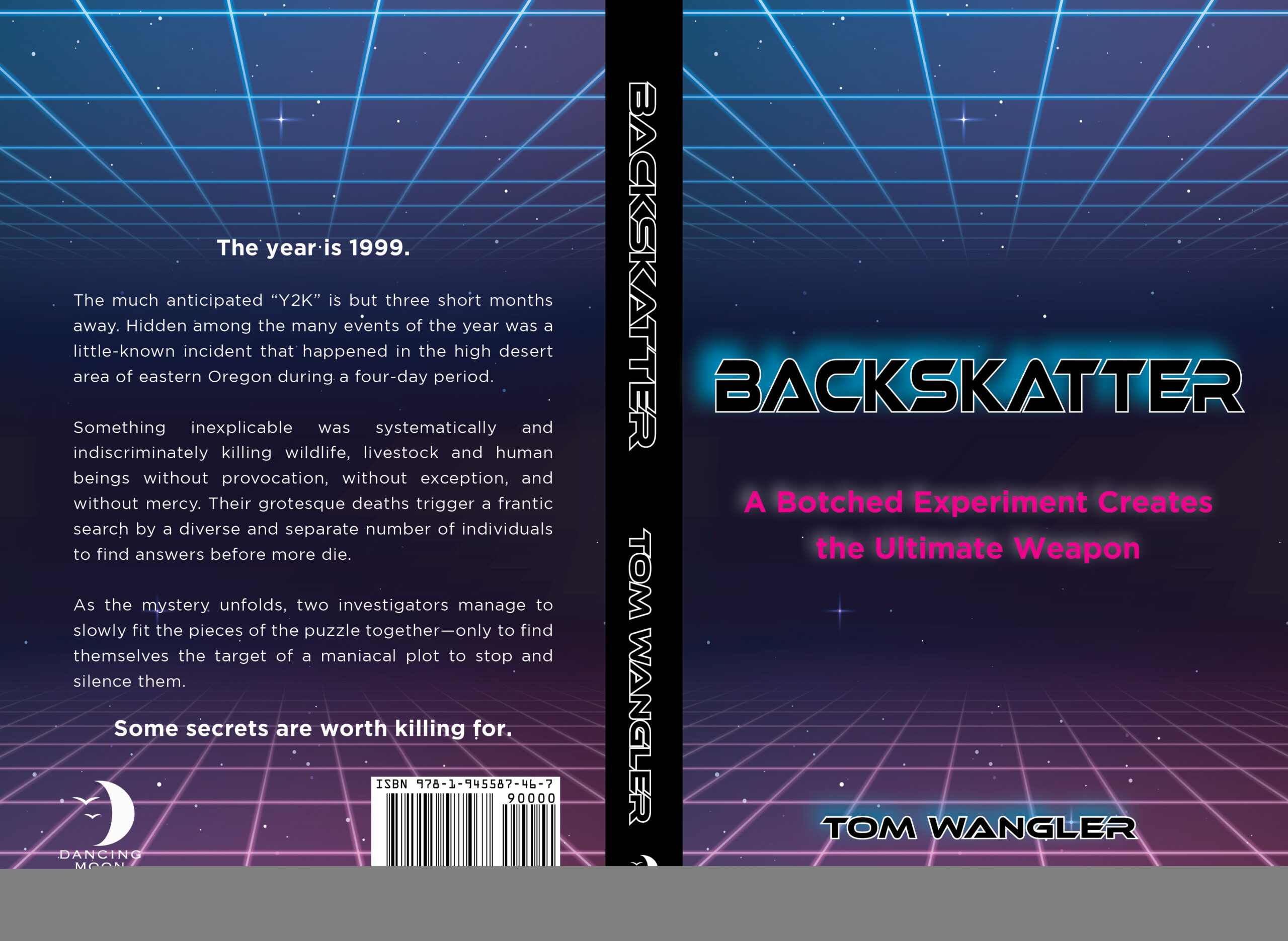 On a warm, sunny morning in October of 1999, something indiscriminately killed a number of wildlife, livestock and human beings without provocation, without exception, and without mercy. Their grotesque deaths trigger a frantic search by a game warden, a group of doctors and two helicopter pilots to find answers before more die.

As the mystery unfolds, two special investigators from the U.S. Air Force are called in. With the help of the others, the two manage to slowly fit the pieces of the puzzle together – only to find themselves the target of a maniacal plot to stop and silence them. Some secrets are worth killing for …

Author Tom Wangler was born and raised in the tri-county area of Central Oregon.  A graduate of Oregon College of Education and Oregon State University, Tom embarked on a teaching career that eventually led him to spend two years in Africa with the Peace Corps (and inspired his first novel “Nigeria”). After several career changes, including commercially flying helicopters, Tom eventually retired as a high school teacher and administrator.  He currently lives with his wife Cheryl, and their two German Shepherds in the resort community of Bend, Oregon.

What readers are saying:

“Tom Wangler takes an obscure landmark of Central Oregon’s Cold War history and turns it into the setting for a gripping technical thriller. The result is a fast-paced, entertaining novel set at the intersection of fact and fiction.”

“I had no preconceived notion about the story I was reading. The suspense of the events kept me reading on. The characters stayed with me even after I closed the book. This was a great read!”

“This was a fun, well-structured, action suspense mystery. The timeline is tight and clearly labeled. Our heroes are relatable and likable. I liked having feminine representation of various shades. It was clearly written by someone who understands military procedures and loves helicopters.”

Backskatter is a Print on Demand (POD) book available from wholesaler Ingram Spark and from a variety of retail outlets, including Amazon and the Kindle Store.