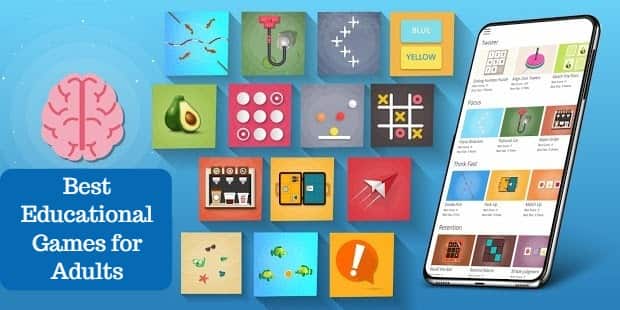 It is commonly inferred that the left hemisphere of the brain is responsible for numbers, addition, subtraction and other mathematical processes, whereas the right hemisphere is more concerned with creativity, arts and the things opposite to logic. So, in a way, you could say that people good with numbers, math and logic are using their left brain more often than the other one. However, that is not always the case, considering that these math semi-prodigies don’t come dime a dozen. To put it more eloquently, people who do math, like math, are hard to come by, which is why today we’re delving into the best math learning apps for adults.

There seems to be a very visible delineation between what the general masses are capable of doing; those good with arts and humanities have a generally poor understanding of sciences and logic, and on the other side of the spectrum, there are math prodigies and science geeks who fail to see the charm in a Picasso artwork or the work of Niccolo Machiavelli. To each their own, but the latter is rather outnumbered by the former, and many people do actually struggle with math’s.

Not the basic one, because everybody eventually has to add, subtract, divide and multiply in their lives. No, we’re talking about math’s that goes beyond that; to the point where it intersects with physics. The people who can do that are not common, whereas people excelling at arts and humanities are equally less in numbers.

But whatever the psychological reasons or the demographic numbers, the simple matter of fact is this: math is tough, but technology is here to help us, so why look for the best math learning apps for adults. While we’re at it, we’ll also look at some best mental math apps and apps to improve math skills for adults.

While the application stores for the two major operating systems, Android and OS, are filled to the brim with apps promising to make you understand complex mathematical equations with just a tap of the screen, not all apps are useful enough. Without further ado, let’s look into the best math game apps for adults.

There are tons of apps on the market for you to practice and hone your math skills on, but not all apps are created the same. Moreover, with the introduction of text-recognition AI and programmes that can recognize mathematical equations, we now have apps that can use your camera to snap a picture of whatever equation is in front of you, and can get you an answer along with all the steps required for getting to said answer. Which basically means, for you to be recognized as a math prodigy, you need to solve equations without a phone, because now, for us math shunners, the game has been equalized.

Anyways, here are a few applications you can use for learning math, or just to get that pesky arithmetic assignment out of the way.

At the top of the list is the application that has been around for quite some time now, and has been polished by years of QA and disgruntled students leaving bad reviews for its app not performing up to par. But, in 2021, now that it’s 5-plus years old, it has now come as one of the best math learning apps for adults, and it can also be used as your primary assignment-tackler, especially if math’s is the subject, you run away from but can’t seem to get away from it. It has several features, like its ‘Photomath’ feature, which uses your camera to automatically detect and solve any equation you throw at it, from simple addition to complex numerical problems. Simply point your camera (while the Photomath app is running) towards an equation and it will return the solved answer, along with all the steps required. Try it out.

If you don’t know about their YouTube channel, go check it out as well because they are the real saviours of students everywhere. Every subject, every topic, has been explained in detail and made easier to understand. They also have an application, which also has a Math section, which can help you simplify and explain complex mathematical problems, and will also help you solve it. They also do a number of other subjects, physics, chemistry and biology and explain every topic in detail, so the Khan Academy application in your phone is a must-have, especially if you are a student. Their app is available on both Google Play Store and Apple App Store. Their Maths section is particularly praised because complex equations and concepts, like that of arithmetic and geometry are explained with ease and can really help you get sharp at the subject.

Mathway is another application for math learning for adults that makes math easy and understandable, not to mention getting you some help with homework or assignments on the side. First of all, it is an incredibly detailed app, and since it only deals in mathematics, you can find loads of solved equations, concepts that have been diluted and simplified enough for the middle-schooler to understand and a wide variety of lectures and visual cues towards helping understand things like calculus and algebra.

It has basically two modes by which you can solve mathematical problems; one is just like Photomath, and you can take a snap of a problem or a numerical and the app will itself solve and give you the answer to it, mentioning all the steps it took to get to that answer. The second mode allows you to type in a mathematical problem, and then type in a second command, like ‘calculate’ or ‘multiply’, which the app will then perform and get you the result back. This app is a must-have if math eludes you like it does for many.

Not strictly an app, Kickbox is designed more to emulate a game, with levels and succession and increasing difficulty. Available only on Apple’s App Store and previously remaining in a beta version, you can now get this app for free and use it to up your math game. This game has mathematical problems arranged in a sort of progressive way, just like games do with harder levels. The way it works is, you start with relatively simple math problems to be solved, which the app explains and guides you through.

Once you get to a certain level, the problems keep getting more and more complex, with rewards getting more and more better. Don’t worry, the app will keep making things easier for you, by explaining the complex mathematical problems and solutions, and will simplify things to make sure you understand the problems you’re actually solving. The end result? A better you with a much better understanding of maths as a subject.

Sumaze, like the last entry on this list, is designed more like a game than an application, but the math portion is equally important and easy-to-learn. Its developers include a British not-for-profit Mathematics in Education and Industry (MEI), which aims to make understanding and application of math’s easy for people who struggle with the subject. So, you can be sure that some thought has gone into this game, and the way it is to be played and learned from is truly a fun and engaging experience.

It also utilizes a game-like progression system, which uses levels and increasing difficulty levels to make sure that the individual using the app or game learns and has fun during the whole process. It is incredibly easy to use, intuitive and makes learning math, a usually boring task, fun enough for people to keep coming back to it.

Operating under the auspices of the BBC Teach, the BBC Skillswise is a teaching programme designed to impart education to people, distance-learners and people in areas where education is relatively inaccessible. This allows people from Britain and elsewhere to download its app of the same name and use its online resources as a primary means of distance learning. Among many other subjects that are taught, explained and made easy here, one of the standouts of this app is the Math section, which ranges from simple addition and subtraction to complex mathematical concepts including advanced algebra and hypothetical numbers.

All of this is packaged in an easy-to-understand and intuitive user interface that is available in a bunch of languages, making users from a wide spectrum of states comfortable with the way different mathematical concepts are taught and made easier to understand. Plus, it is available on both Android and Apple platforms, so you can use it on any device you want and is also optimized for use on tablet computers as well.

King of Math, again, is an application designed as a fun-to-play game, but with a twist: it follows a storyline, where you have to choose between two characters and guide one of them through an educational journey filled to the brim with mathematical knowledge and concepts that are explained as the game progresses through the many levels it presents to the user. The inclusion of storyline and beautiful graphics make it a compelling app to open and experience and is a must-have, especially if you’re like the many who struggle with the advanced aspects of this subject and would like to learn more about math’s, and understand in a way unlike how teachers in middle and high school used to teach their students.

The best thing about King of Math is that it is available on all the major platforms, including Android and Apple, so you can download it on App Store and Google Play Store and the app is optimized for use on tablets as well, making it an app that both youngsters and children can use to understand math’s in an easy way.

As the name suggests, the last entry on this list is not an app, but a game, and a pretty fun one at that too. Math Brain Booster Games uses fun visuals, a lot of colors and mind-blowing graphics to make a subject as stringent and boring as math’s fun enough for people of all ages to benefit from it. It uses the same progression methods as many games do, and rewards the user on going from level to level to keep the education and learning fun and incentivized. It is also available on both Apple and Android platforms, so there is no restriction of OS or devices for you to download this game/ app and use it to increase your understanding of math’s as a discipline, as a rigid subject.