Can You FaceTime on Apple TV? 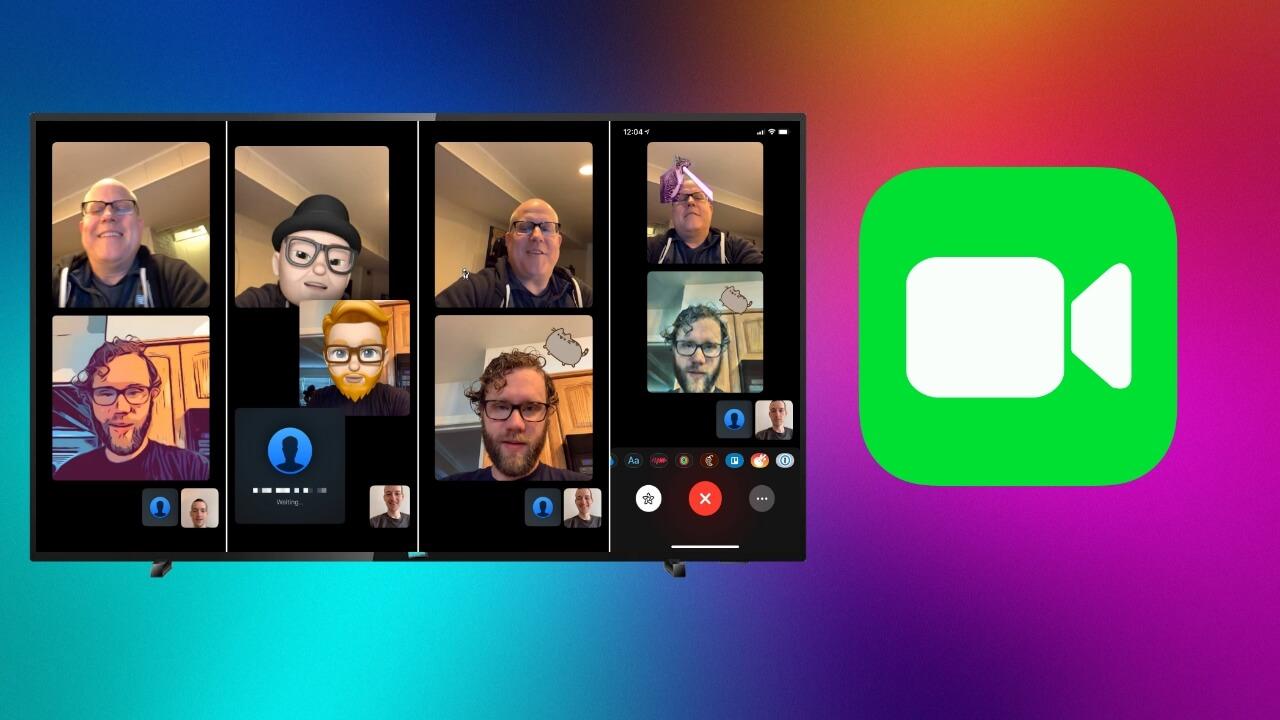 Apple makes a whole range of incredibly innovative and good-looking products, not to mention expensive. But it’s all about that sweet logo, right? When you’ve got a company and a product portfolio as diverse and amazing as Apple, you can charge whatever premium you want. With devices and interconnected features like FaceTime, you really start to wonder if there’s any limit to how many devices and applications you can sync together. For instance, can you FaceTime on Apple TV?

Now, for long-time Apple users and people who like and admire their devices, can you FaceTime on Apple TV sounds a question a little too far-fetched. Apple TV isn’t even a whole TV, like it’s a top set box that acts as a CPU for your LED or TV. And aside that, have you actually ever met a person who Skypes or FaceTime’s on a giant TV? Wouldn’t it be weird seeing somebody’s face incredibly pixelated on a 55-in Sony LED. But believe it or not, FaceTime on Apple TV is very much possible. For that matter, you don’t really need an Apple TV either. Just an iPhone or iPad that has FaceTime (everyone does, at least since the iPhone 4).

To simplify this a little bit for tech sceptics, technically speaking, you will not be using FaceTime on Apple TV per se, but rather using a feature Apple calls AirDrop to share your screen via the Apple TV on your TV screen. It all sounds a bit confusing and technical, so let’s just get right into it.

For it to work, you of course need an Apple device, an iPhone or iPad that has both FaceTime and AirDrop features. You need the Apple TV device, a TV or LED to connect it to, and most importantly, a Wi-Fi network that connects to both the Apple TV and the device. Because this network will act as the actual intermediary between the two to cast the FaceTime video, you can actually FaceTime using Apple TV.

Does Apple TV have FaceTime?

It is important to note here that the Apple TV device does not have the FaceTime application installed, and this will be more of a streaming over two devices operation. Apple TV does support the Airdrop feature, which lets you stream the screen of your iPhone or iPad to your TV using the box top set provided by Apple.

How to FaceTime on Apple TV?

You can start by setting your iPhone or iPad, turning on the Bluetooth and Wi-Fi. In the sharing section or from the Control Centre of the device, find AirDrop and turn it on.

Once the device has been set up, it’s time for the Apple TV device. Turn it on and connect it to the same Wi-Fi network the iPhone or iPad is connected to. Enable the AirDrop option on it as well.

Use the Screen Mirroring option from the Control Centre of the iPhone or iPad and search and connect to the Apple TV. If you have Home enabled on your device, the Apple TV device will show up as it is titled. For instance, if it has been given the name of ‘Living Room’, it will show up as such.

Connect to the Apple TV using Screen Mirroring. It will take a few seconds to load up and start sharing the screen. Once that has been done, you can now go ahead and make a FaceTime call to any of your contacts. The call and the video will show up on both the device and the TV, so make use of that big screen and the fact that you just did something amazing and brag it to them. Or don’t.

FaceTime on Apple TV- The Technicalities

There are some things to keep in mind while you’re doing this FaceTime with Apple TV bit. First, understand that the Apple TV and your LED has not replaced the iPhone or iPod, it is only being used as a secondary screen, key word: secondary. Because the front-facing camera being used to video your side of the FaceTime call is still the device you’re using, it will need to be in your hands or somewhere where the video can be easily made with you, the user in it.

Now, we suggest keeping the device on hand, since the controls are still being displayed on the phone and if you want to switch the camera or do anything for the controls, you’ll need the device on you. However, considering that the iPad is usually a task to handle, many guides and people who do so recommend slanting it in front of the TV at such an angle that the front camera stays perfectly level and keeps filming you at a comfortable angle.

Another thing, many people recommend trying this bit a couple of times beforehand, before you make a FaceTime call. Because the process of AirDrop and Screen Mirroring takes some time to connect and needs even more time to set up, it is recommended that you try this a couple of times before trying out on the FaceTime feature. This will also ensure that when the time comes, the Apple TV and your iPhone or iPad will already be synchronized and connected, making it easier for them to reconnect. Just a word of advice.

Apps other than FaceTime on Apple TV

No, Apple TV does not have any other applications that allow for video conferencing. However, this method can be used by Android devices on other TVs supporting AndroidTV OS, which will allow them to ditch set top boxes and connect the phone or the tablet directly to the TV, providing for faster connection times and a more streamlined user experience.

The procedure for that will be the same as outlined above. AirDrop is an Apple-exclusive feature, but screen sharing and screen mirroring is something all smart devices have; be it Android or Apple. This feature can be used to pair with TVs and share your screen and enjoy the content on the big screen; be it a video call, a game, a movie or really anything. Since the screen is being shared, there is no hardware or firmware to botch it up.

Using FaceTime on Apple TV is easy enough, if you are an ardent user of Apple devices and know a little bit about them. They are crammed with functionality and have many user-friendly features that help living life with them a little bit more easier. Plus, once you have an entire ecosystem of Apple products in your use, you can really do some amazing stuff. For instance, this bit only works when you have an Apple device supporting FaceTime and Apple TV. In 2021, with mega companies like Apple and Google working towards revolutionizing entire households by providing devices that control every aspect of one’s life, it is easy to buy these devices and let them run the house for you. With Apple, things are kicked up a notch as Apple really cares about how their products look, how they’re used and how the people and users can benefit from connecting a wide range of devices manufactured by Apple and reap the benefits of an interconnected system that does everything for them.

One of such features is this FaceTime with Apple TV feature, which can allow users to video conference with people with a normal, regular device but get the output on a big screen, in this case, the TV in your home. While it is beyond us as to why anybody would want that, its certainly a testament to how far we’ve come with interconnected devices and using things for purposes other than what they’re advertised for. But really, its also a testament to the user functionality that Apple packs in its devices, although many would claim otherwise, especially the Android and Windows users.