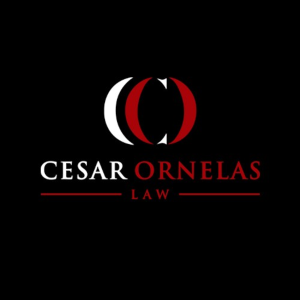 Earlier this week, the parents of a female toddler sexual abuse victim and former student of Pinnacle Kids Academy called on the school and its parent companies, Infinity Rock Enterprises, and Truevine Learning Services, to immediately notify the parents of all Pinnacle Kids Academy students of the sexual abuse allegations against one of their employees. Additionally, two former Bexar County child sex crimes prosecutors handling the civil case on behalf of the victim, Leslie Cortez and Angela Tabares of Cesar Ornelas Law, are demanding the transparent release of a safety action plan that will prevent future sexual abuse of students at Pinnacle Kids Academy to parents, the community, and media. Cesar Ornelas Law filed a lawsuit seeking damages in excess of $10,000,000 for the horrific and heinous allegations on behalf of the toddler victim and her family. The court has accepted the lawsuit and the family is working with San Antonio Police and Child Protective Services regarding their investigations.

“There are no words to describe the devastation that this completely preventable sexual abuse has taken on my daughter and our family,” said Uros Celaj, the young victim’s father. “As we continue to work with San Antonio Police and Child Protective Services regarding our daughter’s sexual abuse case, Pinnacle Kids Academy has yet to inform the parents of other students of the allegations against Christopher Diaz. They must be transparent and inform the other parents immediately to protect all our children.”

“This is one of the most heinous and alarming cases I’ve dealt with in my career,” former prosecutor Angela Tabares said. “As such, my co-counsel and I are demanding that Pinnacle Kids Academy release a safety action plan to parents, the community, and the media explaining how they will keep young girls and boys in their care safe from future sexual and physical abuse. I am outraged and shocked that Pinnacle Kids Academy allows male employees to be alone and change the diapers of female students. That must be addressed immediately in the safety action plan and prevented from ever happening again.”

Cesar Ornelas has represented countless victims of catastrophic accidents across the United States.  To learn more, visit https://cesarornelaslaw.com/ or call (855) 710-4912.

Cesar Ornelas started to practice law after graduating from St. Mary’s Law School. He has been handling catastrophic personal injury and death cases since his first day in practice. Since becoming a lawyer, Cesar Ornelas has done significant work for his clients throughout the state of Texas.

In the spring of 2021, Cesar Ornelas was selected to be a part of The National Trial Lawyers Top 40 Under 40. The National Trial Lawyers: Top 40 under 40 is composed of the top trial lawyers from each state or region who are under the age of 40.  Membership is by invitation only and is extended exclusively to those trial lawyers practicing civil plaintiff and/or criminal defense law.