From the Legal Field to the Potato Chip Field 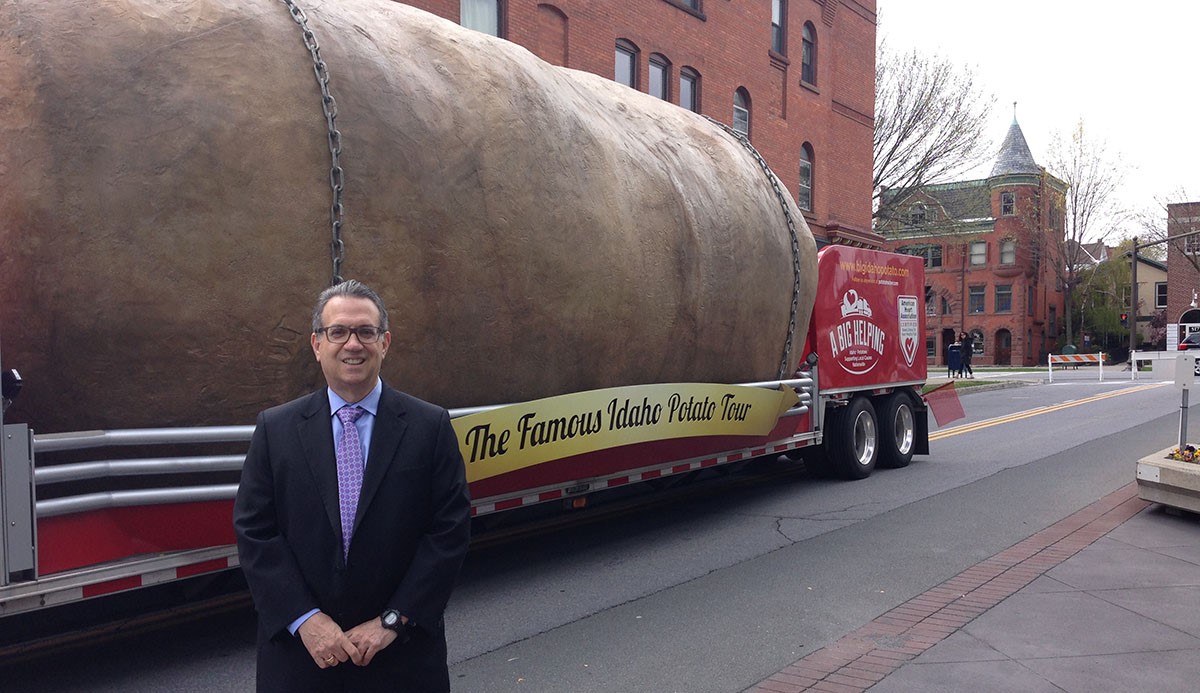 As Alan B. Richer L’79, owner of TogaChipGuy.com, prepared for his interview on a History Channel series in 2020 about the history of potato chips, it felt like he was studying for the bar exam again. 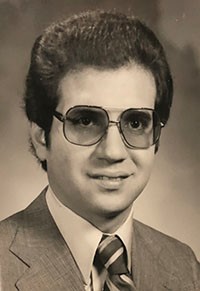 ​Richer grew up in New Jersey and came to Syracuse University where he triple-majored in Risk Management and Insurance, Accounting, and Communications. He continued his education at the College of Law, where he said his great professors made a big difference in his life. “It wasn’t so much the content of the course material, but that they taught me how to think,” Richer said.

After law school, Richer was a tax lawyer for Exxon, and then moved on to computer company David General. The new position taught him how to juggle lots of different responsibilities, but with fewer resources, he said. Eventually, he started doing international tax law and moved to GE in 1990, until his retirement in 2013.

At GE, Richer woke up at two o’clock in the morning and worked for 12 hours daily, working with colleagues in different countries. As part of his work, he traveled and met people of diverse backgrounds. “I met a lot of really bright people,” he said. “And one of the things that’s nice about the tax area is you really have to continually stretch and be at your best because there are so many bright people in and surrounding the field.” No matter where his career took him, Richer returned to his roots nearly every year, visiting the law school and watching Syracuse basketball—a tradition he continues to this day.

During his career, he discovered an interest that would shape the rest of his life: the history of the potato chip. In 2004, Richer and his wife bought a second house on Saratoga Lake in New York. As he searched for artwork depicting lake life, he was directed to Michael Noonan, famed Saratoga photographer George Bolster’s protegee. Although Bolster was known as  the man who saved the history of Saratoga Springs through photography, Richer would soon begin to discover and document another part of Saratoga’s history: the potato chip, which was purportedly invented near his lake house.

“My mother always said I should do everything in moderation, but I never paid attention to that, so I started collecting everything. That’s how it all began,” Richer said. He learned that the inventor of the potato chip is unknown, but all potato chips were initially called Saratoga Chips. He was fascinated by how the name Saratoga was initially used to describe potato chips and became curious as to how the name phased out to become the generic potato chip we know today.

As neighbors began to hear about his collection, the Saratoga Springs Preservation Foundation asked him to do a program about the history of the potato chip. Word was spreading, and a writer from the Albany Times Union ultimately deemed Richer the “Toga Chip Guy,” which Richer liked and kept as his moniker. 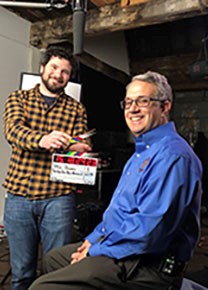 With his new title, Richer continued his research by calling others who may have stories or memorabilia. He referred to himself as “a Potato Chip Historian.” Some would laugh and hang up, he admitted, but that did not deter him.

His big break came when he called the Snack Food Association, now known as SNAC International, in Washington, D.C. They connected him with Don Noss, son of SNAC’s founder, who enjoyed talking about the history of the potato chip. Richer and Noss became “phone pals” and eventually met up. Together, they went on road trips to different “chippers,” which are family-started potato chip companies.” I agreed that I would perpetuate the stories of their families and in exchange, they gave me their family’s chip memorabilia,” he said.

As he collected memorabilia and stories, he started a blog about his findings. The blog’s popularity and publicity led others to reach out to him. “I started getting calls and emails from as far away as Australia and New Zealand, all over the world,” he said. From these interactions, he continues his collection and research.

Even on his vacations, if something catches his eye, he dives in. Whether through public libraries, historical societies, museums, or even ancestry, he’s collected some of the oldest potato chip tins out there, and now has the largest collection of Saratoga Potato Chip memorabilia in the world.

In 2020, the History Channel called on him for their show, The Food that Built America. In preparation for an on-camera interview, he received over a hundred questions. “I must have stayed up 40 hours the next two days to research them all. I had never shot a TV show before, so I was thinking to myself I’d have to memorize all of my answers! I felt like I was studying for the bar exam all over again,” he said. He soon discovered his notes would be available for consultation. A success, his interview footage was used on several of the show’s episodes.

So how has Richer meshed his J.D. with his love for potato chips? Presentation skills and the ability to research have helped him, especially as he gives lectures on the history of the potato chip. At the beginning of his presentations, he uses the Socratic Method to challenge what people think, and he makes his lectures interactive, entertaining, and educational.

As to current trends in the potato chip industry, he says that health and wellness are a big factor. “Now, you find different cooking techniques using different ingredients, like mushrooms, seaweed and many vegetables other than potatoes.” Richer calls these chips “no-tato” chips. He has created other words, like “Chipcipes,” which are chip or dip recipes that can be found on his website.

His creativity and adaptivity reflect the characteristics of a well-rounded lawyer. From stand-up comedy to freelance journalism, Richer’s experiences exemplify this aspect of him.

During a conversation with Richer, it’s easy to imagine listening to hours of his countless, fascinating stories. From how the shape of the Pringles chip came to be, to Al Capone’s potato chip route from the East Coast into the Midwest. When he was a tax lawyer, Richer was bound by the rules of client confidentiality, often unable to talk about his work. Now, he can share his passion with anyone willing to listen.