UNITED NATIONS, Aug 23 2022 (IPS) – Yasmine Sherif, Director of Education Cannot Wait (ECW) issued a wake-up call for the global community to support efforts on facilitating education in crisis areas. She was speaking at the United Nations at the launch of the global fund’s annual report titled We Have Promises to Keep.

The UN global fund for education in emergencies and protracted crisis chief also cited highlights from the report, which revealed that ECW and its strategic partners had reached a total of nearly 7 million children and adolescents since becoming operational in 2017.

In 2021 alone, the organization raised more than US$388.6 million and helped 3.7 million children and adolescents in 32 countries.

According to the report, half of all children reached by ECW to date have been girls, and nearly 43 percent have been of refugee or internally displaced status. 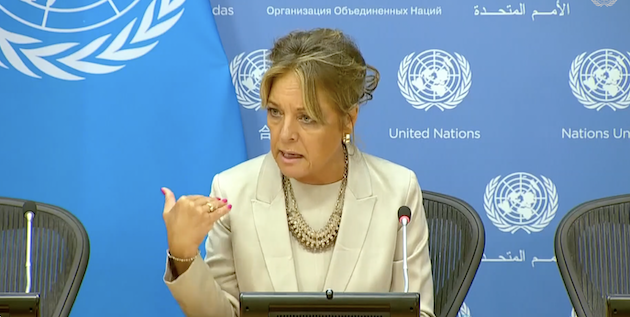 Sherif noted that 2021 had been ECW’s biggest year for resource mobilization. The organization has had to expand its efforts to try to meet the increased need caused by the COVID-19 pandemic and the outbreak of conflicts.

The current amount of those in need is “shocking”, Sherif said.

Recent analysis from the organization showed that 78.2 million crisis-afflicted children and adolescents are not in school, and 119.6 million are failing to reach the minimum competencies in reading and mathematics, despite being in school. An additional 24.2 million youth are in school and achieving the minimum proficiency but are still affected by crises and in need of support.

To address this surge, ECW has issued a call to action. The organization’s #222MillionDreams campaign aims to engage governments, foundations, and the private sector to support the organization through financial donations.

Discussing the initiative, Sherif emphasized the importance of education for those in conflict areas.

“222 million youth are not only suffering from armed conflict and COVID-19 and forced displacement but on top of that they are taken away from their last hope—the access to a quality education.”

Access to education is important, she added, as it can not only change the lives of children and adolescents but also the lives of those around them.

Supporting ECW programs was also critical, given the organization provides psychosocial support for those in conflict zones, Sherif noted.

“We are dealing with deeply traumatized children and young people. You can just imagine the excruciating pain of losing your family, being disposed of, running from villages that are on fire, sexual violence […] the human misery up there is so much more than we imagine. The least you can do if you can’t imagine it is to use financial resources, at least, to remove it.”

She noted that the global community had pledged to ensure youth had access to education no matter their circumstances.

“We have made promises through the sustainable development goal 4 and through the human rights convention that every child, even if you are left behind in conflict and emergencies, in climate disasters or as a refugee, we promised them a quality education.”

Sherif told reporters she was confident action to meet the 222MillionDreams goal could be taken. The organization is hosting a High-Level Financing Conference in February 2023 with the Government of Switzerland, and she noted that the conversation would continue with the UN Transforming Education Summit that will take place in September.