The epic Gumball 3000 has been back in action for 2022, with an iconic line up of supercars and superstars setting the pace across North America. The rally will conclude in an epic finale in Miami on 3rd June as more than 100 incredible cars cross the finish line at David Beckham?s Inter Miami stadium.

To conclude in true Gumball style, the rally finish will coincide with the inaugural Gumball Goodwill Charity Soccer match, taking place at the DRV PNK stadium on 2nd June. Ignition Casino will be sponsoring the match, with all the proceeds being donated to charity.

The match will see The Gumball All-Stars compete for bragging rights against this year’s Laureus World XI. Squads will be made up of a selection of celebrities alongside current and former professional players.

There is plenty to see at the Gumball 3000 finale, with CeeLo Green set to sing the National Anthem at the game and The Cuban Brothers hosting a wacky penalty shootout at half time.

The winners will get their hands on the bespoke Goodwill Cup and all proceeds raised through fundraising will go directly towards worthy initiatives that support the youth through the medium of sport as part of the Gumball 300 Foundation.

The Foundation aims to raise $100,000 through fundraising and sponsorship.

Ignition Casino is proud to be the Official Online Gambling Partner of the Gumball 3000 rally, with “Mr Gumball” himself Maximillian Cooper and rapper Bun B behind the wheel of the official Team Ignition cars.

Every Gumball supercar has carried the Ignition Casino logo, but the official Team Ignition car, a Lamborghini Aventador S Roadster, driven by Maximillion Cooper accompanied by his superstar wife, Grammy-winning artist Eve. And in a first for the rally, Ignition had a second team of celeb drivers with legendary rapper Bun B behind the wheel of a Rolls Royce Phantom.

Commenting on the return of Gumball 3000 founder of the rally Maximillion Cooper said: “After a two-year break due to the pandemic, we are incredibly excited to be hosting the rally once again. This route incorporates some amazing locations and is packed full of incredible experiences – from the launch event in Toronto with deadmau5 performing, attending the famous Indy 500, racing NASCAR at Talladega SuperSpeedway, to kicking a field goal at the Tampa Buccaneers’ Raymond James Stadium – before crossing the finish line at David Beckham?s Inter Miami stadium. This road trip has it all!”

Participants are an international who’s who – from rappers to royalty, dotcom founders to film stars, petrolheads, DJs, and sports legends to esports gamers and content creators. It’s a rally, not a race, and all entrants will be vying to win the coveted ‘Spirit of Gumball’ trophy, given to the rally team who truly embodies the character, personality, passion and determination of the brand from flag drop to the finish line. Participants will additionally be raising money along the way for the Gumball 3000 Foundation (non-profit) to support a variety of youth-based projects in low-income communities.

Having started in Toronto, the route headed south with stopovers in some of America’s most iconic cities, before finishing in Miami – with thousands of fans turning out to cheer on the drivers. Gumballers attend glitzy parties and get track-side access at the Indy 500 amongst a whole host of once-in-a-lifetime, unforgettable VIP experiences.

Since its launch in 2016, Ignition Casino has delivered a high-octane gambling experience for online poker and casino players around the world. The Ignition brand attracts a tight-knit community of passionate players that embrace the adrenaline you can only feel on the felt. Boasting an impressive network of Live dealer poker tournaments, over 200 quality casino games, 24/7 quality customer service and an unrivalled crypto-friendly experience.

Founded in 1999 by British entrepreneur Maximillian Cooper, Gumball 3000 is a car rally which has taken thousands of supercars and entrants on an epic journey across the globe, touching down on every continent to create one of the greatest bucket list experiences possible behind a wheel

Established in 2013 the Gumball 3000 Foundation benefits underprivileged youth through educational and recreational infrastructure-based projects around the world.

During the annual Gumball 3000 rally the Foundation hosts a live auction in partnership with Christie’s as well as the Online Charity Grid, where all the participating teams compete to start the rally in pole position by donating money to their team. To date the Foundation has raised over $3 million and has gone on to invest in a number of recreational, educational and infrastructure-based projects with Laureus Sport for Good, Project Wreckless, The Skatepark Project (formerly the Tony Hawk Foundation) & more. 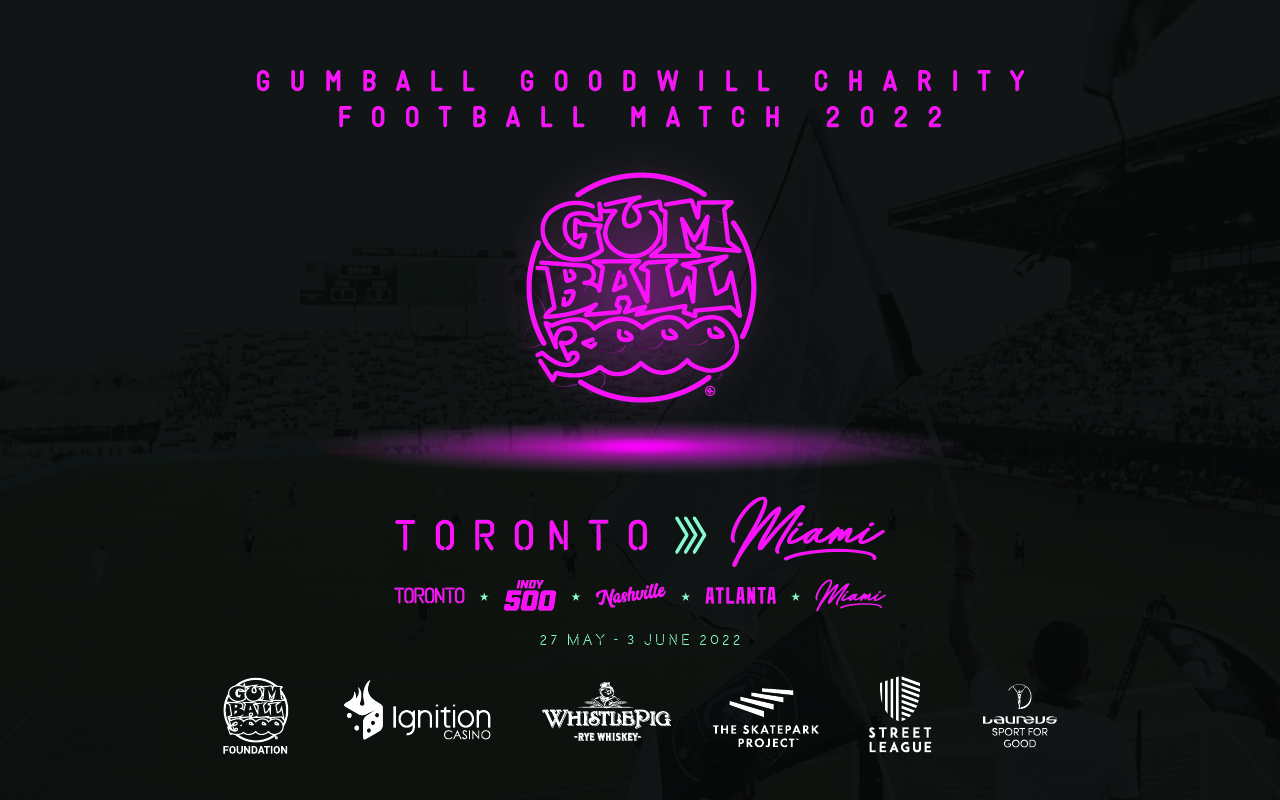 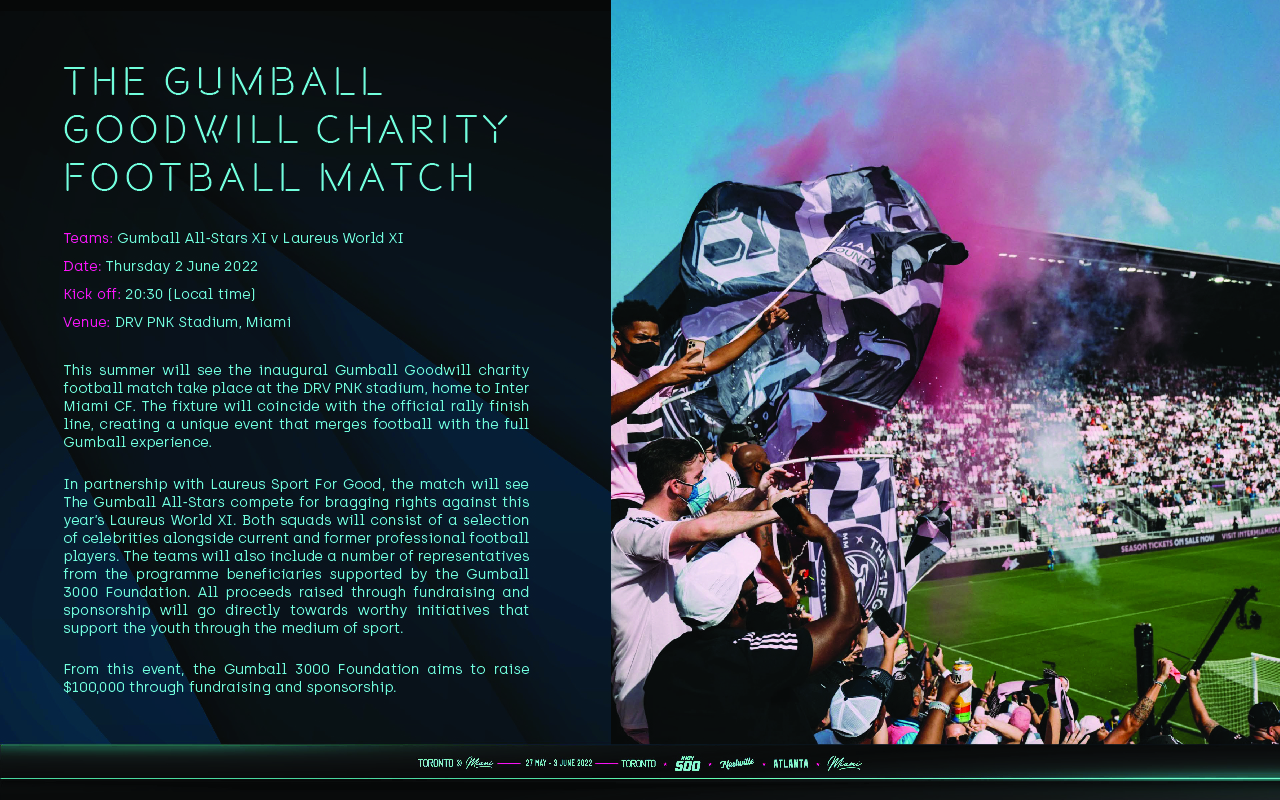 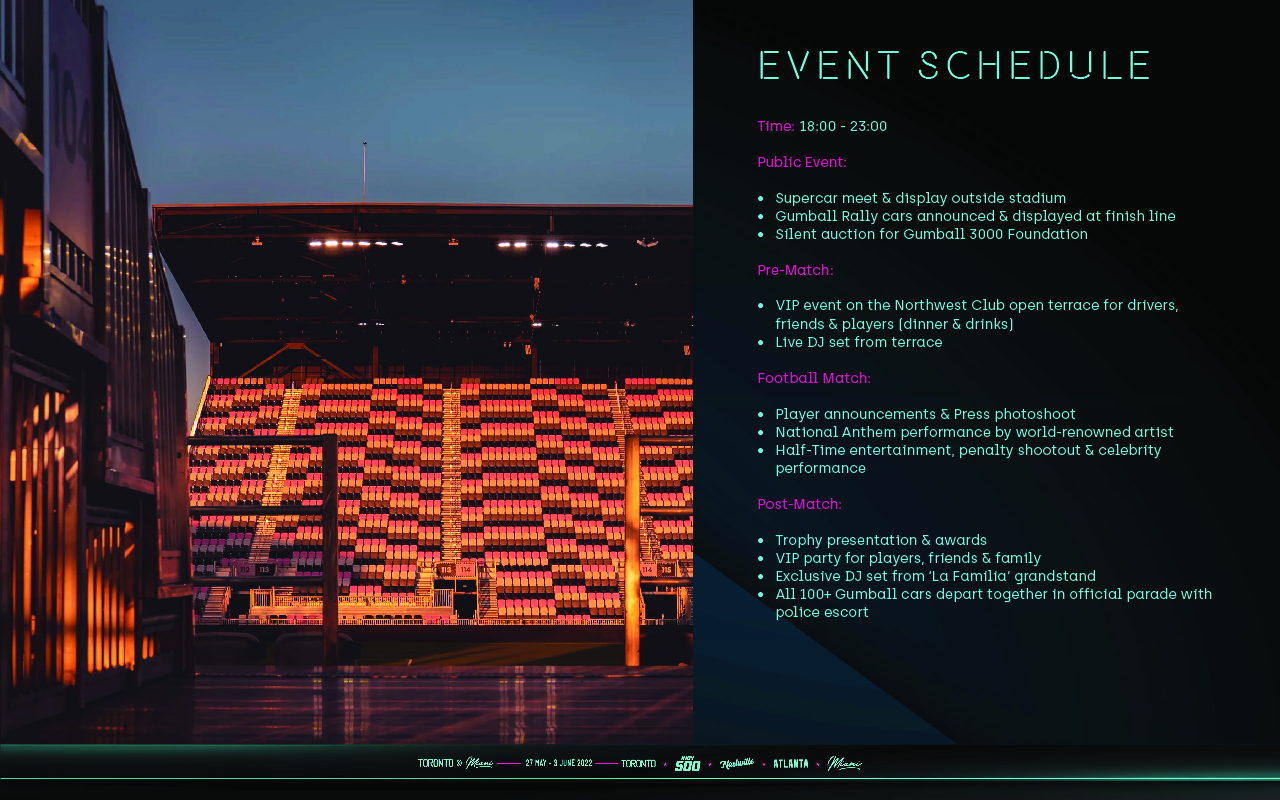 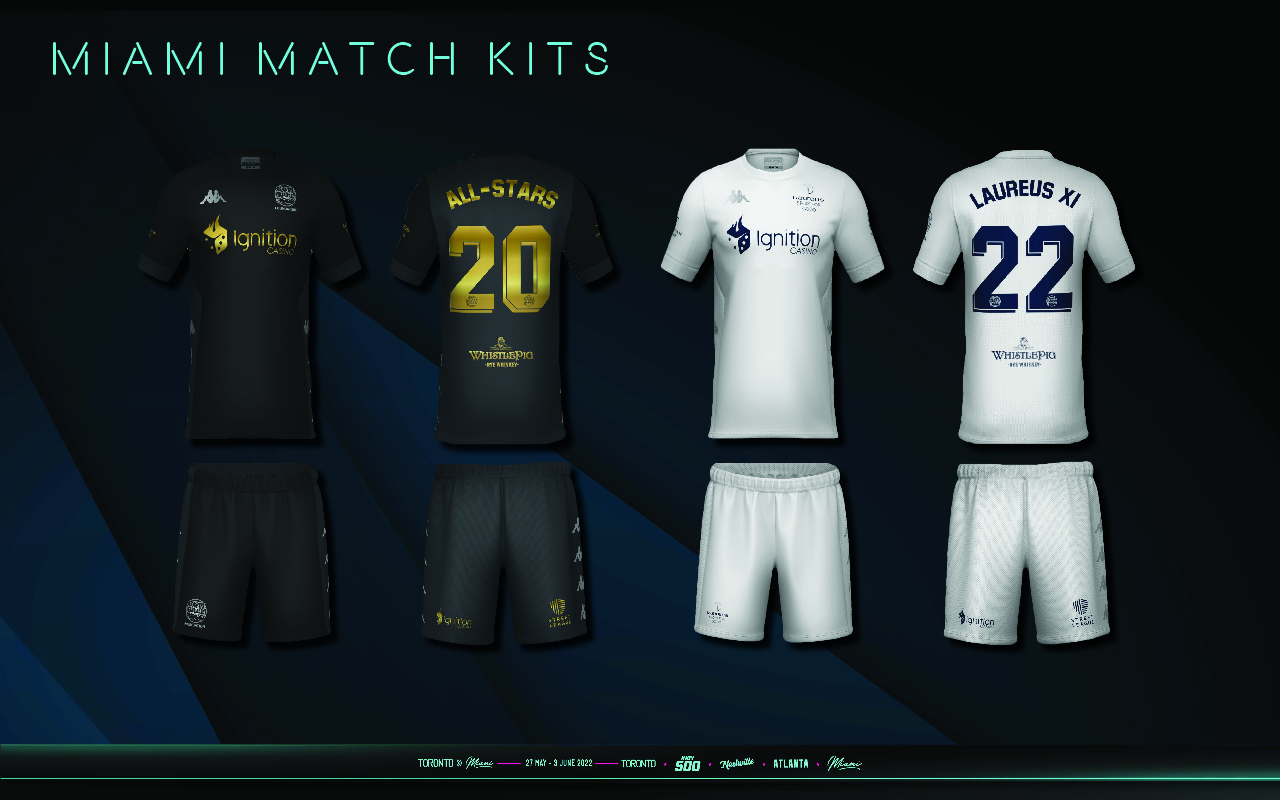 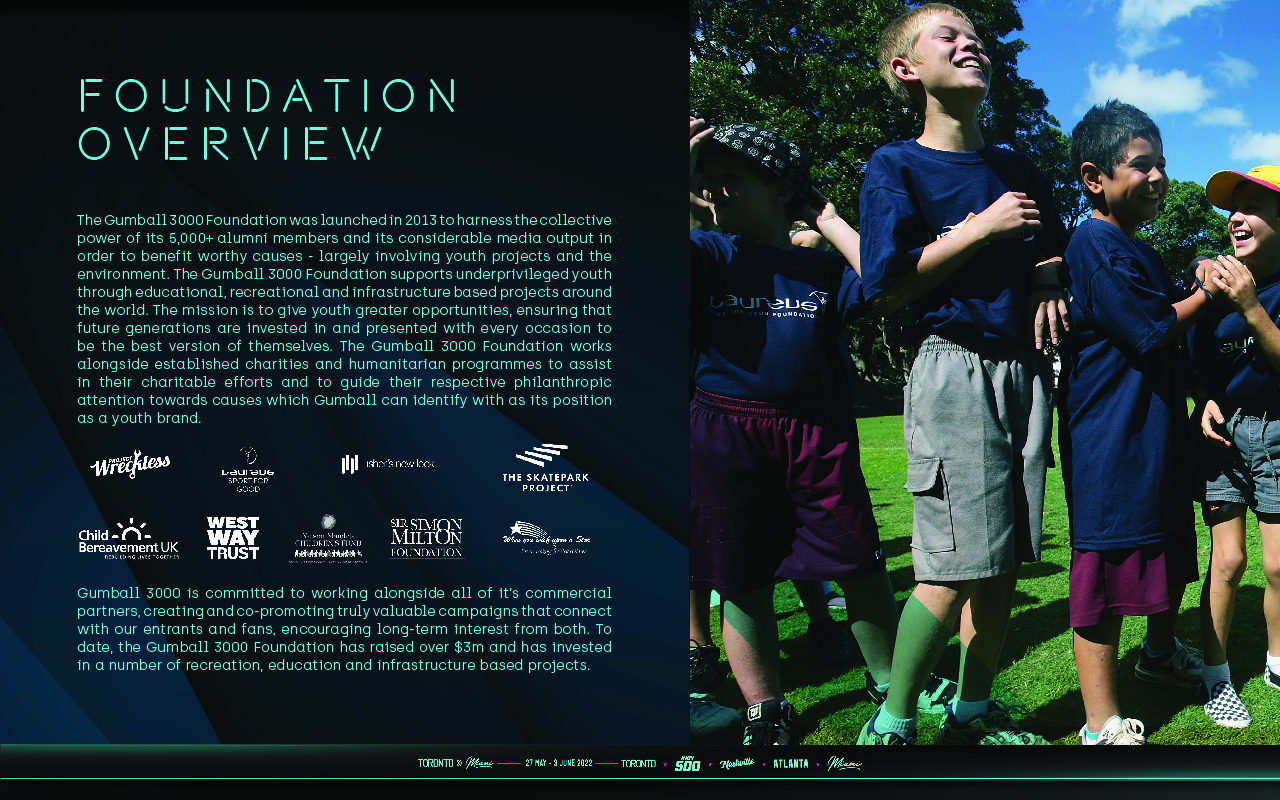 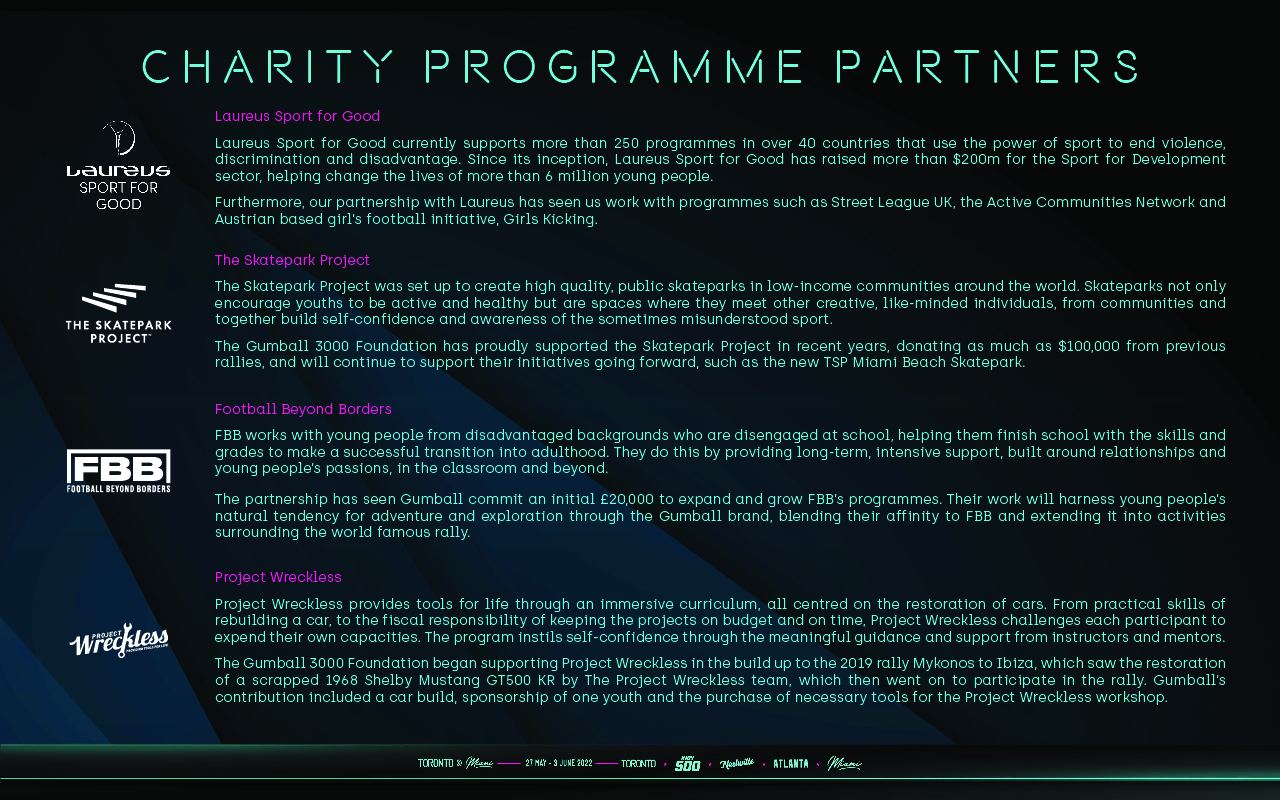 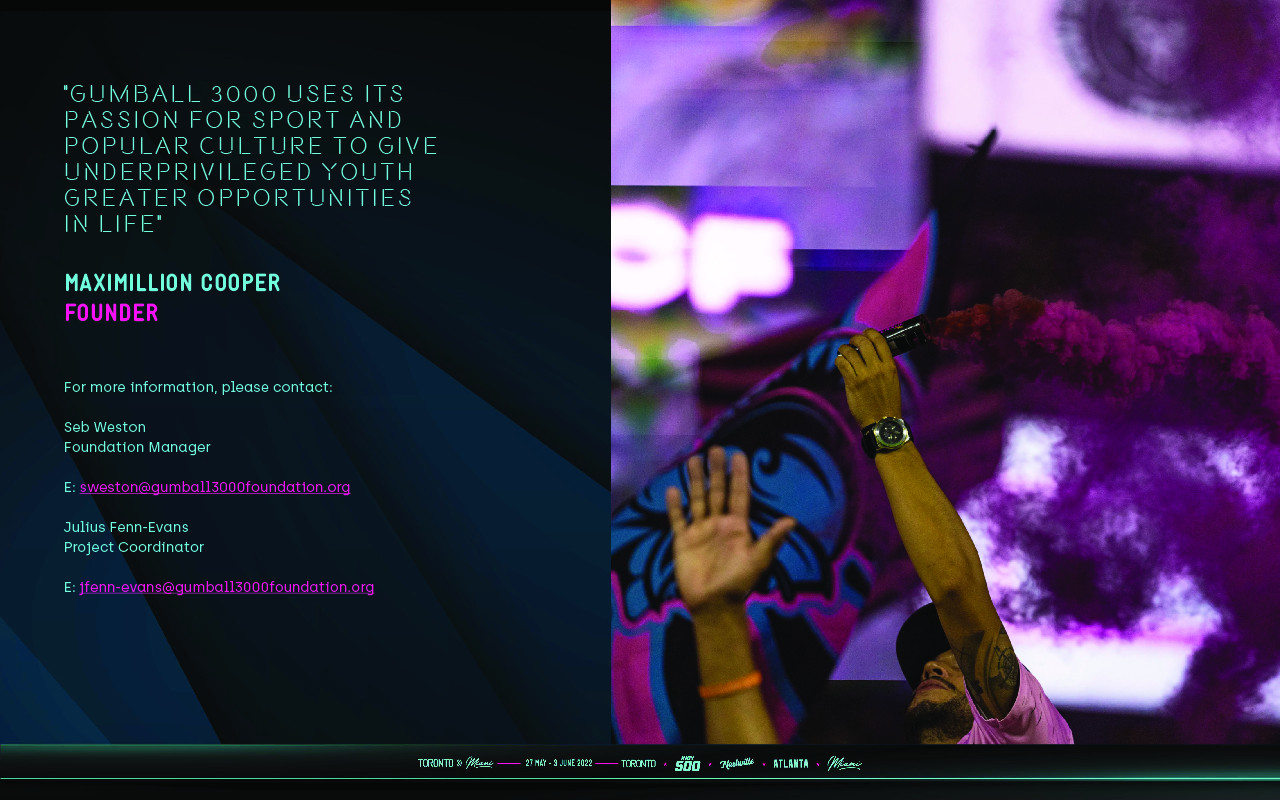 5 Tips That All Jobseekers Need to Know