How To Charge Nintendo Switch Controllers? 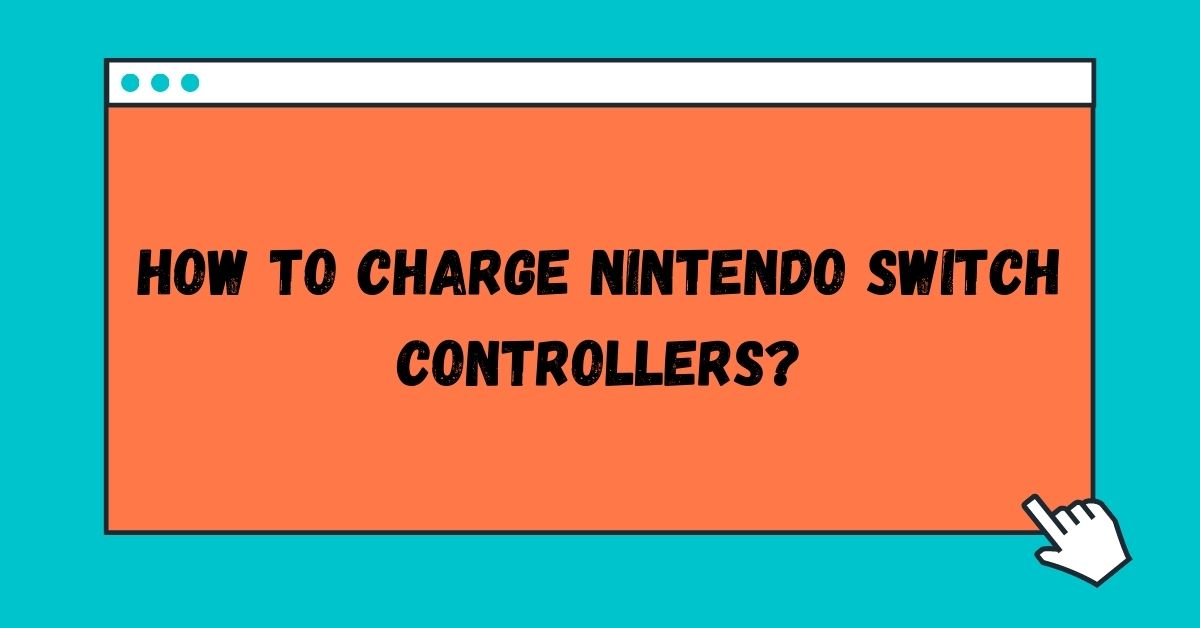 Nintendo Switch is one of the most popular and best-selling consoles of all time, rivalled only by the PlayStation 4. Considering its widespread popularity and the fun factor that a Switch delivers, its no wonder they Nintendo sold millions of Switches and sales are still going strong. The overall package of the handheld console provides for a great gaming experience, not to mention the controllers, which resemble a puppy’s face when docked, making the console even more likable. About those controllers, one of the most-asked questions regarding them is how to charge Nintendo Switch controllers?

Right off the bat, there are two ways you can charge the controllers, which are aptly named Joy-Cons. The iconic red and blue controllers provide for superior gaming ergonomics and control over the game console itself, as it anchors the tablet part between it and makes for a PSP-style gaming experience. Which has been lost, now that the PSP is long gone. Anyways, the Nintendo Switch and its controllers, the Joy-Cons are a work of art, which brings us to the next part. How to charge the Nintendo Switch controllers.

As mentioned beforehand, there are two ways you can charge the controllers; one involves a dock which charges both the controllers while disconnected from the tablet part of the Switch and the other involves the console itself (the tablet part of it). Both of these ways, especially the tablet part is ingenious and ensures that the play-time does not get interrupted. The second one is more of a cash-grab for Nintendo as they can charge premium on accessory products that are not sold in the box of the Nintendo Switch.

Either way, you can charge the Joy-Cons nice and easy and without much hassle, since aside from the dock (which has to be purchased separately), all of the other accessories required for it are sold in the box by Nintendo. Really, what is it? Just some cords, nothing else.

How to Charge Nintendo Switch Controllers

So, the Joy-Cons can be charged by two methods, much like the PS4’s DualShock 4’s, which too can be charged by the console itself (the preferred, primary method) or a dock can be bought (a ChargeStation) which will charge up to four controllers at a time. However, there is one thing that sets the Joy-Cons apart from the DualShock 4; you can use them while charging and it won’t affect their battery life, health or other complications won’t arise. So, this is how to charge Nintendo Switch controllers or Joy-Cons.

As literally everybody knows, the Nintendo Switch is made up by three parts; the two Joy-Cons and the middle tablet that is the screen and houses the main processing unit. The tablet part, which has a charging port on the bottom, can be used to play other media if not being used for gaming. So, how can you use the tablet to charge Nintendo Switch controllers? Here’s how,

You can charge the Joy-Cons by simply plugging them into the tablet. Once they are completely connected, plug the charging cable into the tablet. If the controllers are connected properly, the tablet will automatically start charging the Joy-Cons as well, removing the need for you to charge them separately. The controllers and the tablet will charge simultaneously and you can continue to play or watch YouTube on it while they charge.

This does not affect the battery life or timing much, according to many retailers. You can charge the controllers while using them and when they’re all juiced up, the tablet will display a notification stating that the Joy-Cons have been charged to 100 per cent. Then, you can plug the whole setup off the power and still continue playing like nothing happened. That’s how much intuitive and user-friendly the Nintendo Switch is. Even its charging lets you keep on playing.

Also Read: How to Clip on Twitch?

The other method involves the charging dock for the Joy-Cons, which is sold separately and can be found with major retailers like GameStop or Target. You can also order them online from Amazon or other online stores. They are less than $80 so they really get you your money’s worth and are a really good addition to the console’s ensemble. Plus, they’re really convenient and do not spoil or block the Joy-Cons usability in any way, even when they’re docked and charging. They can still act like wireless controllers.

So first, you’ll have to buy the dock. Once at home, simply plug the dock to a power source and wait for the Joy-Cons to be depleted of power. Once they require charging, simply plug both the controllers into the dock and they will vibrate, confirming that they have started the charging process. Take them off the dock after two or three hours; the Joy-Cons are now ready to deliver you gaming fun for more than 15 hours on a single charge.