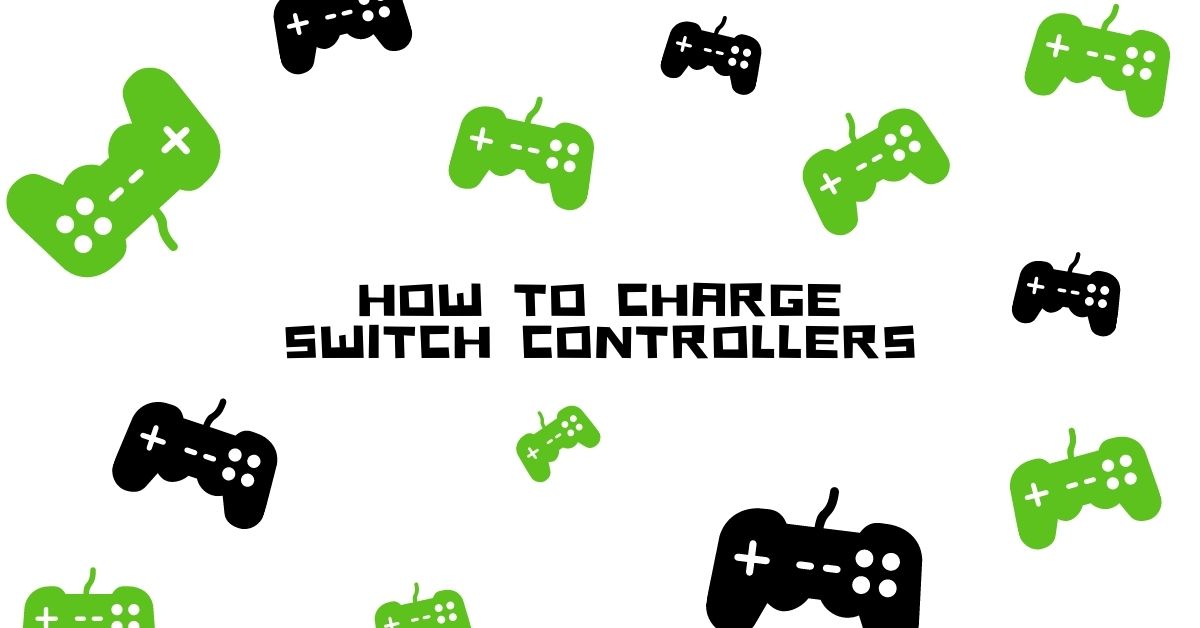 The Nintendo Switch is a fun little device that unlike other consoles that rival it, is actually pretty mobile and easy to use, not to mention: you can take it anywhere with you. As long as you have it charged, of course. And what about its nifty little controllers, aptly named the Joy-Con controller? If it isn’t charged, there’s not much use that you can get out of your Switch and how will you play Super Mario on the way to your trip destination. Well, for the ones wondering about this and soon-to-be or new owners of the Nintendo Switch, here’s how to charge Switch controllers.

So basically, there are two ways you can about charging Switch controllers, the colourful little Joy-Cons that look like a puppy’s face when you have them docked with their charging station. The first method invariably involves the Switch itself (the tablet-esque part of the handheld console) and the second one obviously involves the charging dock, which is usually sold separately and does not come in the box. Instead, you’ll have to get on Amazon or any other retailer to buy it.

These Switch controllers are incredibly power-conservative and can give you a very good playtime per charge. New Switch owners will particularly praise the amazing time a single charge can give you with the controllers itself. While the charge time is around three hours or so, you can then play, non-stop on your Switch with the Joy-Con for 18 hours straight. That is amazing time for a device that is as performing as the Nintendo Switch. But how can you charge them? Let’s take a look at how to charge Switch controllers.

Also Read: How To Clip On Twitch?

How to Charge Switch Controllers

Charging Switch controllers is no big deal. In fact, it is, as many would argue, simpler than the procedures involving PS4’s DualShock, PS5’s DualSense or any other controller (except for Xbox, they straight up rule charging because they use batteries. End of story.) So as we mentioned beforehand, there are basically two ways that you can charge those Joy-Con controllers. Here are those two,

Using the Switch itself

So, the first method is pretty simple. Much like the PS4 and PS5, it involves connecting the controller to the console itself with a charging cable or wire. But how can you connect the Joy-Cons with a wire to the tablet of the Switch? They are integrated in a way that cables are not needed to connect the peripherals to the device itself. So, this is where the ingenuity starts.

In normal playing mode, the Switch requires the Joy-Cons to be inserted on either side of the tablet. This docks them on the tablet, which then provides the functioning, of course. Nintendo played it smart and allowed for users to charge the tablet and the controller with a single cord: the charging port for the tablet.

To keep it simple, you can charge the Joy-Con controller by simply plugging in the tablet part, and then attach the controllers on either side. The Joy-Cons will begin charging automatically all the while you’re playing a game and using them. This is incredibly useful, convenient and smart. You can charge the entire Switch assembly with just one cable and use it as you charge it. Simply incredible.

The Joy-Con dock, much like PlayStation’s docks for the DualShocks (also sold separately and majorly by non-proprietary corporations) can be used separately from the console or the tablet itself and are pretty useful and convenient themselves. But with the Joy-Cons, Nintendo has taken it up a notch and has allowed it to pair with other devices while it is being charged on the dock, away from the tablet or the Switch itself.

It works something like this. You buy a dock and you attach both the controllers to the designated places as shown on the dock itself. Once they start charging up, you can turn on whichever device you want to connect the Joy-Cons with and it will wirelessly connect and control whichever device it is connected with, all the while charging from the dock. This is incredibly convenient as the playtime isn’t disturbed and you can charge the controller at the same time.

Many other consoles like the PS4 also offer this kind of method for their controllers, but it isn’t recommended since it takes a toll on the battery of the controller. But with the Nintendo Switch and its Joy-Cons, this is perfectly fine and won’t adversely affect the battery life, performance or anything else.

The Joy-Cons can deliver an incredible 15+ hours of gaming on a single charge, which doesn’t take more than two or three hours and that too can be achieved while you’re using the Switch console, so there’s more fun during the wait to charge.