How to Hide Apps on Samsung Devices 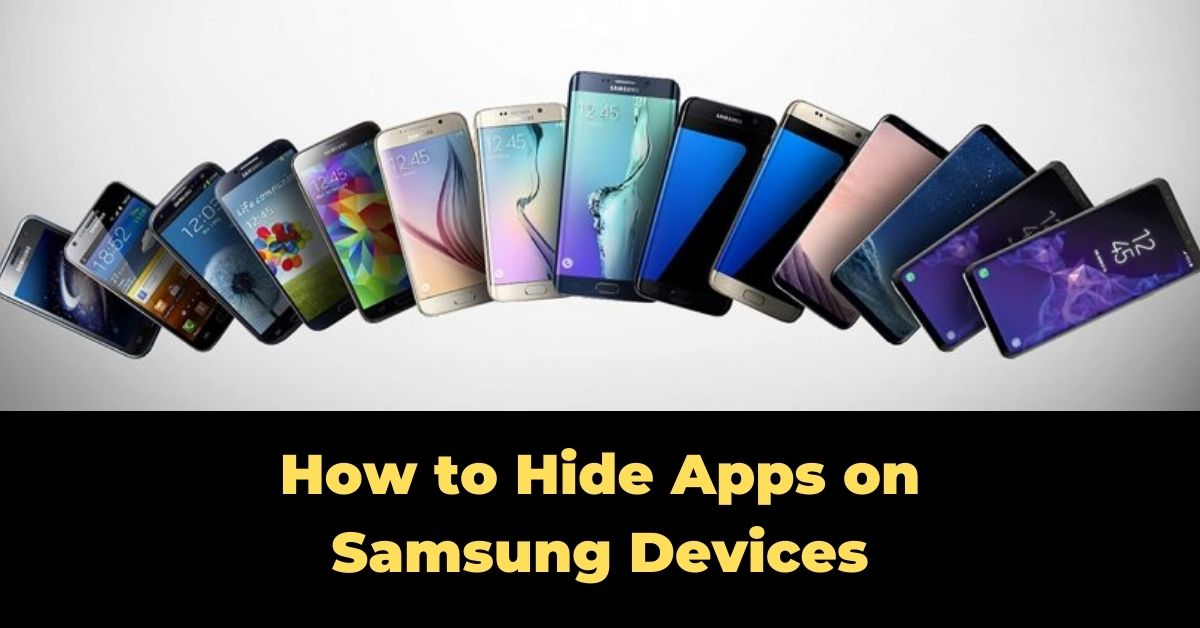 Hiding applications on your phone need not be difficult nor should it raise eyebrows. After all, there might be applications with sensitive data that might strictly be official, or it could be an application that your child or nephew isn’t supposed to know about if he borrows your phone to play some PUBG. Or maybe you want hide PUBG from him because he drops your rank down when he tries to play it. Needless to say, the reasons you would want hide apps on your device are genuine and should not warrant a search from your significant other or your mother. With that out of the way, here’s how to hide apps on Samsung devices.

There are basically two methods that you can employ to hide apps on Samsung devices. The first one is more conventional and can be done from the app tray itself, while the second requires a more in-depth and a tactical approach (you get to terminate or kill apps; how cool is that), going into Settings and whatnot. Either way, this passage will run you up on how to hide apps on Samsung devices both ways.

How to Hide Apps on Android Devices in General

Samsung primarily runs on Android and it has its own user interface called One UI, but since the majority of applications are handled by the OS itself and the One UI is just an interface, Samsung shares much of its operation methodology and runtime operations with all other Androids. As such, what applies on a Samsung device’s OS applies on other Android phones in general and vice versa. So, as a good measure, we’re throwing in how to hide apps on other Android phones, which you can also use on Samsung devices.

Also Read: How to Reset a Samsung Tablet: Troubleshooting 101

Hiding Apps from the Tray

So, first, you start with the app tray and start by long-pressing the application intended to be hidden or removed from the app tray. Suppose you want to hide your gallery (not for the reason you’re thinking, you just received a snap of your grades and you don’t want your family to find out). You can go about hiding the gallery in two ways. Firstly, some Android phones have on-tray functions, which means that they provide you a range of functions to be done to the application on the menu itself. Simply long-press the Gallery application and a bunch of options will pull up in front of the icon. Select ‘Hide app’ and the app won’t show on your tray unless you select for it to be shown again.

Hiding Apps from ‘Apps’ in Settings

The second method entails in it the app disabling technique, which will only work on pre-installed applications (like Google apps or your phone’s own applications) and WILL NOT work on apps installed through .apk files or the Google Play Store. Open Settings on your phone and swipe down to ‘Apps’ screen, from where you can select ‘All Apps’ and then select which one you want to disable or force stop completely. While ‘Force stop’ will temporarily halt running of the application, disable will remove it from the home-screen and elsewhere but will not uninstall it. You can simply enable it back in App settings the next time you want to use. Disabling an application will not delete or alter its data in any way.

Now onto Samsung devices and how you can hide apps on their devices.

How to Hide apps on Samsung Devices

Samsung devices run on Android and use their own-developed and marketed user interface called One UI, which both come in handy when you’re looking around the phone to look for ways to hid your apps. While the two common methods on Android phones can be used on Samsung too and will be explained below, there is also a selection third-party launchers and app locks that can help you do the deed (thank God for the customization available on Android). All will be discussed and explained below. Bear with us.

So, the first and the most easy way of hiding apps on a Samsung device is directly from the app tray, which the One UI provides as a brilliant launcher and app tray at the same time. Using this method is a breeze; simply go on to the app tray and tapping on the three dots on the top right of the app tray. Once you do that, a menu will pop up with six options on it, but you have to select the third one titled ‘Home screen settings’, which will lead you to a setting screen. From there, swipe down to ‘Hide apps’ which is at the bottom of the row and tap on it. Simply select the app you want to hide and the device itself will hide it from the app tray and from the user. To access it back, simply follow the same path as above and select ‘Unhide’ or ‘Show’ for the hidden application and it will be back on the app tray.

This second method is more for the tech-savvy people and is usually less used owing to its nature, complexity and the fact that disabling an application from Settings only works on stock applications or apps that come preloaded in your Samsung device (like Samsung Music etc). To hide apps on your Samsung device using this method, go to Settings and access the Apps section. From there, go to All apps and select the applications on the real-time run monitor that displays what app is taking how much memory and which app is draining the battery. Now, since this method is only applicable on stock apps and preloaded applications on your Samsung device, therefore you will only find the ‘Disable’ option on said applications. Select ‘Disable’ on the stock app you want away from the app tray and the application will be disabled and won’t show on the main menu or the tray. However, there are two things that you need to keep in mind while using this method.

Another way of hiding apps on Samsung devices is by using a third-party launcher to open, close and manage your applications and the display bit. While Samsung’s own One UI does the job pretty good, the security features and the hiding options on it are pretty basic and banal. Third-party launchers like the Nova Launcher are pretty god when it comes to display, usage, user-friendliness and more importantly, security. This launcher provides options for completely hiding an app or even protecting it with fingerprint or passwords. So, here’s how it goes.

You start by installing the Nova launcher on your phone. When it’s installed, make it your default launcher in the Settings. Then, access the Nova Settings in the launcher’s app tray and navigate down to App tray, which will contain an option called ‘Hide apps’. Do your business in there and come out with nothing to hide, at all. You can access the apps even after you’ve hidden them by simply tapping on the search button on the top of the app tray and searching for the desired application.

Just like third-party launchers can help you hide your apps well, dedicated applications like app lockers can help you one-up your app security and take it a notch further. Lockers like AppLocker can help you secure your apps behind a password or a fingerprint verification and keep them hidden away from others. This last option is the most viable one and for Samsung phones, we’d suggest you use these lockers to secure and protect, hide your apps.