How to Join a Twitch Team? – Tutorial 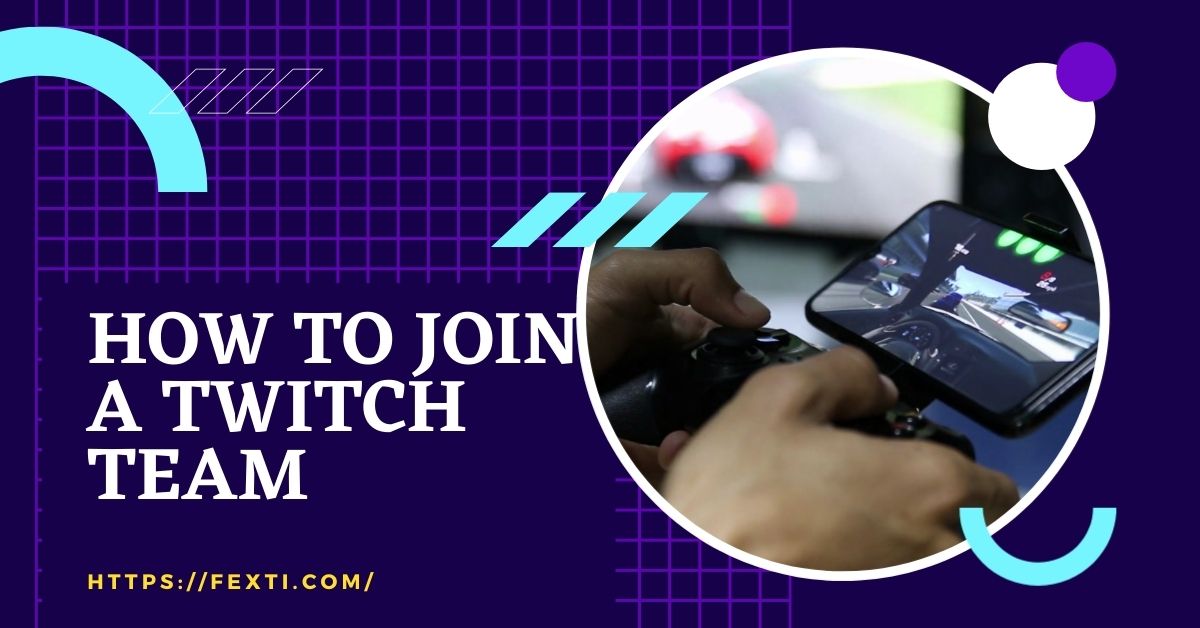 Twitch is one of the most popular streaming platforms as of 2021, and not just games, but many streamers have taken to going live playing board games or even doing some activity just to let the fans see their favorite content creator go about their lives. This makes Twitch the biggest player in an industry that churns out billions a year, and its importance has been underscored by the fact that companies and conglomerates like Microsoft have offered billions of dollars to purchase the platform. Its popularity is in part due to the many features it hosts on its platform, features that have become the mainstay of Twitch and are loved by users worldwide. One of these is Twitch teams, which makes it possible for users to join a team to play and stream live. Here’s how to join a Twitch team.

By joining a Twitch team, you can host a game with your mates and feature on each other’s channels and streams, which is a great way to rack up views. Many top-notch gamers and gaming teams from different game communities like Rocket League and COD: Warzone have teams of gamers who regularly stream together and play together, garnering millions of views in the process.

However, joining a Twitch team is not as easy as simply clicking join a team, because while Twitch is a very user-friendly platform, it still lacks some good features and user-accessibility that requires people to know what they’re doing. For instance, like many of us do, guessing that some feature will be in the Settings page, it just won’t simply work with Twitch, which could help explain why Google is filled to the brim with people asking how to navigate about the application, asking for seemingly easy features that turn out to be a nightmare to find. And joining a team on Twitch is nothing short of it. Let’s get into it.

How to Join Teams on Twitch

Understand one thing that Twitch does not have a database, like many others (Facebook, Twitter) do. You cannot search up a team and request to join it; as we mentioned, there is no database that lets you search it up. The process is a little complicated. Here we go..

First up, you will require an invite to join a Twitch team, otherwise you can’t request to join a team on Twitch. So, maybe give the team member or moderator a call before you open Twitch.

Once you have the invite, its not as simple as just simply clicking ‘Join Team’. No, the application does present you with such an option. You need to log in to your account first.

After logging in to your account, click on where your avatar is, usually on a PC its on the upper right corner of the screen. A drop-down menu will then show up, select Settings from the list.

In Settings, locate the ‘Channel and Videos’ option and click on it. Once in there, find the ‘My Teams’ tab, click on it, which will display the invitation you will have been sent. Accept it and you will be included in the Twitch team. Happy streaming.

The process for new streamers is the same as it is for anyone else. They will also need to wait for an invitation to join a team, and then find the invite buried under a ton of Settings options in the Avatar section. Once they have received the invitation and have accepted it, they will have formally joined the team.

However, it is important to mention here that many teams have certain requirements or criteria, which has to be met in order to be a member of the team. For instance, many teams with members with more than 100,000 subscribers and viewers will ask newcomers to first match their stats to the rest of the team before vying to join it. These requirements and criteria are not mandated by the application itself; teams set it by themselves to make sure that their cumulative numbers stay at the top and the average number of views and subscribers does not fall down, which is a possibility if a relatively new streamer joins in a team where other members are at million or hundreds of thousands of views and subscribers.

ALSO READ: How To Cheer On Twitch

How to Use Twitch Teams For Streaming

When a streamer has joined a team, he/she will not be able to start a stream all by themselves. To start a stream, they will need to get all the team members on board. For example, if a team has four members, all four will need to be online and ready to stream if a single team member wants to stream a game. When it happens, a ‘Start Stream’ confirmation is sent to all the members, and the stream will only start once all four have accepted it. Then, you will be able to stream as a team.

The procedure to end a stream is somewhat different. If all the members are streaming actively, and one decides to quit the match or the game and stop streaming, he/she can choose to do so without affecting the other members. The other streamers will continue with the stream, and they will be notified of which member left the stream at what time. For viewers, the screen will automatically adjust to display the rest of the team stream from the players.

Why Use Teams on Twitch?

Twitch offers some of the best streamers and gameplay to be viewed on the internet. Multiplayer games and MMORPGs like Rocket League, COD: Warzone and other games which allow for competitive multiplayer can be streamed live on Twitch. This allows players and streamers to garner views, and display their abilities better on a shared screen with their teammates. It also helps the viewers to find all their favorite streamers all in the same place and in the same game together, allowing them to view the game from every angle and from the view of every streamer.