How To Update Samsung Smart TV? 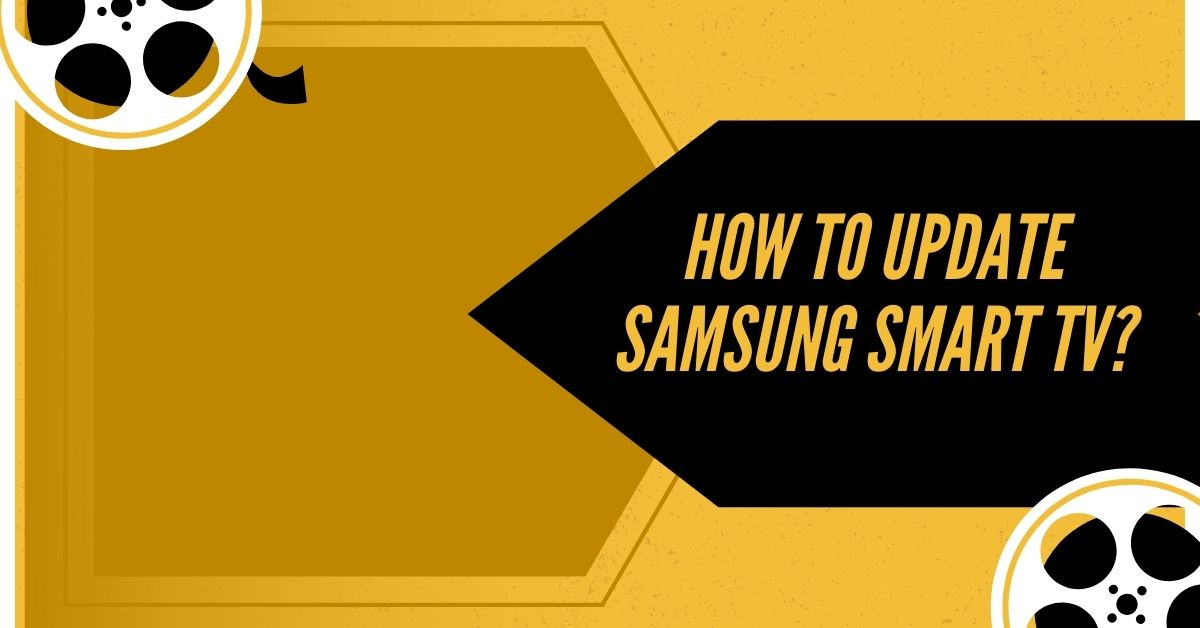 If you have a Samsung Smart TV at your home and use it frequently, cycling it between your game console and your regular cable networks, you might not appreciate a software or firmware update shoved at your face when you sit down for some quality time. But software updates are here to stay, at least for the duration we decide to keep using the internet and devices. So, how can you get around these pesky updates and is there a way to schedule updates so that they don’t get in the way of some good gaming time or a movie night? So, here’s how to update a Samsung Smart TV.

But this guide isn’t juts for Samsung’s Smart TVs. A lot of other manufacturers make smart TVs as well, which run on Android and have their own built-in processors and firmware that helps them act like a computer all by themselves. And the best part is, that the methods which will be underlined below are more or less the same ones that you can use for other TV’s; LG, Sony or TCL, all use the same OS of Android and can thus be controlled by the same set of instructions as the other one. However, since these manufacturers don’t share user interfaces, it might be a bit different on others, but the basic course of action stays the same for Samsung Smart TVs and others.

Samsung Smart TVs bundle both firmware and software updates in a single update called a ‘Software Update’, despite the fact that firmware and software are two completely different terms and cannot be used as interchangeable terms. However, kudos to Samsung for not bothering users with 2 updates per session and instead keeping it down to a single, bundled update, which other manufacturers should follow too. Updates are pesky, but without them, the whole TV gets pesky, so, we’ll go with the lesser of the evils here.

Also Read: How to hide apps on Samsung devices

Here’s the three methods you can use to update your Samsung Smart TV,

How to update Samsung Smart TV?

The three methods that can be used to update your Samsung Smart TV are enumerated below,

All of these methods will require time to download and install the update. However, with varying methods come varying timings and results, and these are what will be discussed below.

The first and the easiest way of getting rid of all the downloads and tasking them to your supposedly ‘smart’ TV is setting the TV to automatically download and install updates, either at a time when it might be on standby and not being used or when you switch it on. To do that would be very convenient and would even save you the precious time you carve out of your daily routine for gaming or movies, which would have normally been wasted on waiting for it to update and then waiting for it to be installed. Either way, should you choose to go with automatic updates, here’s what you need to do,

So, first, you need to make sure that your Smart TV is connected to the internet and the download and upload speeds are healthy. Navigate to the Settings menu and select ‘Support’ from the list of options in the Settings menu. From there on, go to ‘Software Update’. From the two options that will show up, select the second one ‘Auto Update’ and turn it on. Now, your Smart TV will automatically look for updates and will update by itself.

With the auto-update enabled, there’s two scenarios. If and when you turn on your Smart TV and it prompts a new update, the Smart TV will download, install and update the new software and you will not be able to use the TV in any way during the whole procedure. Which is very annoying and takes the fun out of a good night out.

The second scenario is much better and is actually very hard to pull off. With the auto update option selected and turned on, if an update is detected while the TV is being used or a movie is being played, the update will be downloaded and installed in the background, while the application of the update will be done the next time you will turn on the Smart TV. So, there’s a period of about 5 minutes or so that you can shave off the whole process by letting it download and install in the background and wait for the next start-up sequence for it to apply the changes. Pretty good if you ask us.

This method is much more task-intensive and will require you to toy around with the remote way too much. While this isn’t a preferred method of updating your Samsung Smart TV (many people choose auto-update), this is still a method and is apt for people who want to keep track of updates for some reason. Anyways, the method goes something like this.

Start by navigating to the Settings of the Smart TV and getting upto Support on the menu. From Support, go to ‘Software Update’ and of the two options that pop up, select the first one titled ‘Update Now’. If there is an update available which can be downloaded at the time, the download and the installation process will begin immediately, meaning you won’t be able to use the Smart TV anymore until it is completely updated and has restarted. If the update is available and you have manual updates on, you will not be able to decide on the installation time yourself and instead the whole process will start by itself.

If an update is not available, the Smart TV will let you know through a prompt, for which you’ll just have to press OK and exit the Settings menu to go back to the TV. This method is very rarely used owing to its very unintuitive mode of operation; you’ve essentially asked the TV to not bother with its own update and instead you’ll look for it yourself, which is very convenient. This means you’ll have to check for updates every time you use the TV for optimal performance.

Also Read: How to reset a Samsung Tablet: Troubleshooting 101

This one is a bit of a tricky method, so bear with us. If you can’t update via the internet or if your Smart TV can’t connect to the internet, you will have to manually download the update onto a USB and then install the update on the TV yourself. This is very time-consuming and will probably take a good part of an hour. Here’s how it goes,