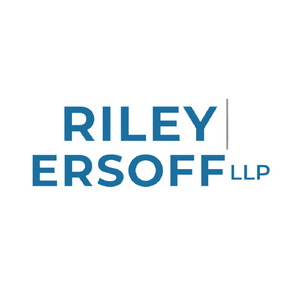 Napa, CA [12 August 2022] — On August 3, authorities in Napa County announced that they are investigating an outbreak of Legionnaires’ disease. The outbreak, which started about three weeks ago, has sickened 12 people, one of whom died from the illness.

Legionnaires’ disease is a lung infection brought on by the exposure to water or mist contaminated by Legionella bacteria. The bacteria usually grows in air conditioning systems that aren’t properly maintained, since they have the ideal temperature and moisture. However, instead of being passed person to person, the bacteria enters the lungs in aerosolized water droplets. This means the bacteria can grow in any environment with the right conditions, such as hot tubs, fountains, misters, and faucets. Prevention methods include flushing any unused faucets or showerheads and disinfecting all devices that use water.Once a person contracts Legionnaires’ disease, they may have no symptoms at all. Others, especially those with chronic lung issues or weak immune systems, may experience any of the following:

Legionnaires’ disease is life threatening if not treated immediately. With prescription antibiotics, it typically resolves within a few days or weeks. However, it’s somewhat difficult to diagnose and can lead to complications regardless of treatment.

Authorities began testing different locations in Napa after seeing a dozen patients for the illness since July 11. During their investigation, they found elevated levels of the Legionella bacteria in a cooling tower located at Embassy Suites Napa Valley. However, they noted that there may be other sources to consider, since all the patients were Napa County residents who didn’t visit the hotel. To help reduce the risk to other Napa residents and visitors, authorities shut down the cooling tower at the hotel.Due to the unknown origin of the bacteria, Napa County Public Health, along with the California Department of Public Health and the CDC, are trying to find additional sources. Napa County health officer Dr. Karen Relucio stated that they will continue to test other water sources since it’s possible that the bacteria originated from more than one location.Authorities advise that any residents of Napa or those working in the city who have flu-like symptoms contact a healthcare provider immediately.

Legionnaires‘ Disease by the Numbers

According to the CDC, most recent figures suggest that there are nearly 10,000 people in the US diagnosed with Legionnaires’ disease per year. However, they believe that this figure underestimates the number of people who have contracted it, since it’s difficult to diagnose. They estimate that the actual number of infections is anywhere from 1.8-2.7 times higher than reported. When it comes to severe complications and death, the statistics aren’t much better. In fact, the CDC estimates that about 1 in 10 people who contract Legionnaires’ disease will die due to complications. For those who contract the illness in a healthcare facility, about 1 in 4 die.

While the only reported illnesses are from Napa County residents, there are plenty of visitors who may have been exposed to the bacteria. If you have symptoms of Legionnaires’ disease and recently visited Embassy Suites Napa Valley, get tested and contact an attorney.

About Riley | Ersoff LLP:
Founded in 2009 by attorneys Grant Riley and Victoria Ersoff, Riley | Ersoff LLP is a premier firm with experience representing victims of lead poisoning, carbon monoxide poisoning, Legionnaires’ disease, catastrophic injuries, slum housing conditions, and more. In just 13 years, they’ve recovered over $100 million for families throughout California wronged by negligent landlords. With AV Preeminent® ethics ratings from Martindale-Hubbell recognition from Super Lawyers, the attorneys of Riley | Ersoff LLP always strive to protect families and get them justice.If you’ve been diagnosed with Legionnaires’ disease after visiting Napa, give us a call at 866-548-6137. For Spanish, dial 888-492-7317.