These 3 Things Predict 85% of Gold Medals, According to Tory Schalkle

February 14th, 2022| The 2022 Olympic medal count is underway, but for Tory Schalkle, a lot of the medals may have already been determined. When discussing a country’s odds of medals, most commentators discuss the country’s historic Olympic strength or specific current athletes. For Tory Schalkle – a U.S.-based banker and former consultant – a lot (specifically, 95%) of gold medal performance can be informed by country-wide statistics completely unrelated to sports. “I was curious how well a simple equation of non-athletic variables could predict a country’s medal count and, if so, which variables would be important,” Tory Schalkle said. To do that, Schalkle analyzed 11,273 datapoints across 60 variables. The result? “I was shocked to find that just 3 variables could predict 85% of the 2020 gold medal count,” Tory Schalkle found. What were the 3 variables? 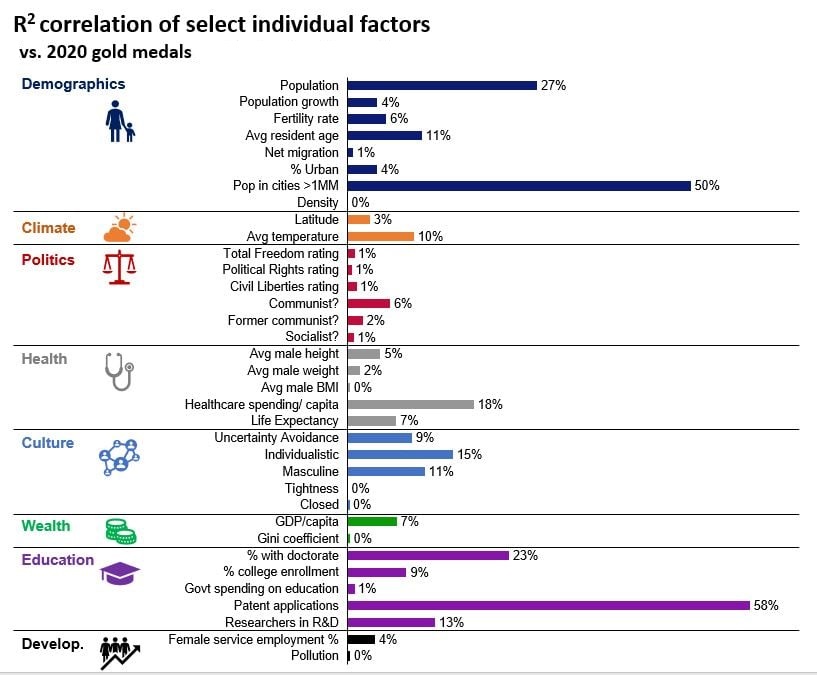 The most logical factor when predicting gold medals is the population of the competing country. More people means more potential athletes. For instance, China or India will have more medals than The Bahamas, due to the pool of athletes. But many large countries do worse than smaller countries. That’s where population density came into play.

Schalkle found something interesting, “More people usually means more medals. But when you take density into account, more people actually means fewer medals,” Tory Schalkle said. In other words, a big population isn’t helpful until they congregate in big cities. “While not as strong, the percent of a population living in urban areas was associated with more gold medals. It’s not because cities are rich (since I tested that as a separate variable). Rather, it might have to do with easier knowledge sharing and general infrastructure when you live closer together. That’s supported by surprisingly high correlation of patents/trademarks and gold medals,” Schalkle found. 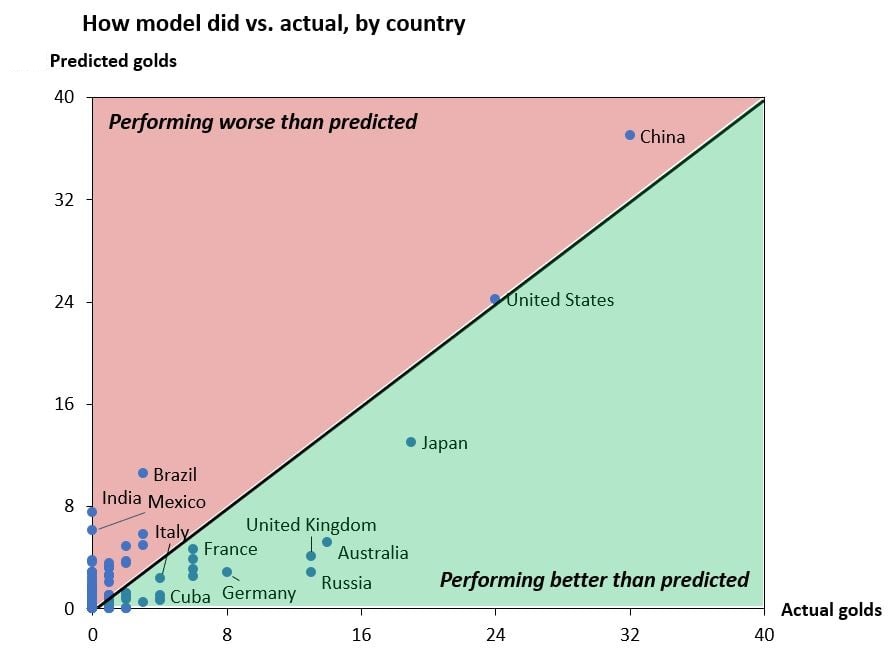 Richer and healthier people are better athletes. That’s no surprise, right? “Oddly healthcare spend per capita was more important than both wealth and longevity. I’m not sure what that signifies – perhaps it’s compounding wealth, social infrastructure, and focus on health?” Schalkle mused.

So… what do we do with this? “For me, it was interesting to see how much individual athletes turnover, but a country’s strength (or weakness) remains the same. For instance – why is Norway so much more dominant in winter Olympics than Sweden, Denmark, or Finland, despite relatively similar population and wealth?” 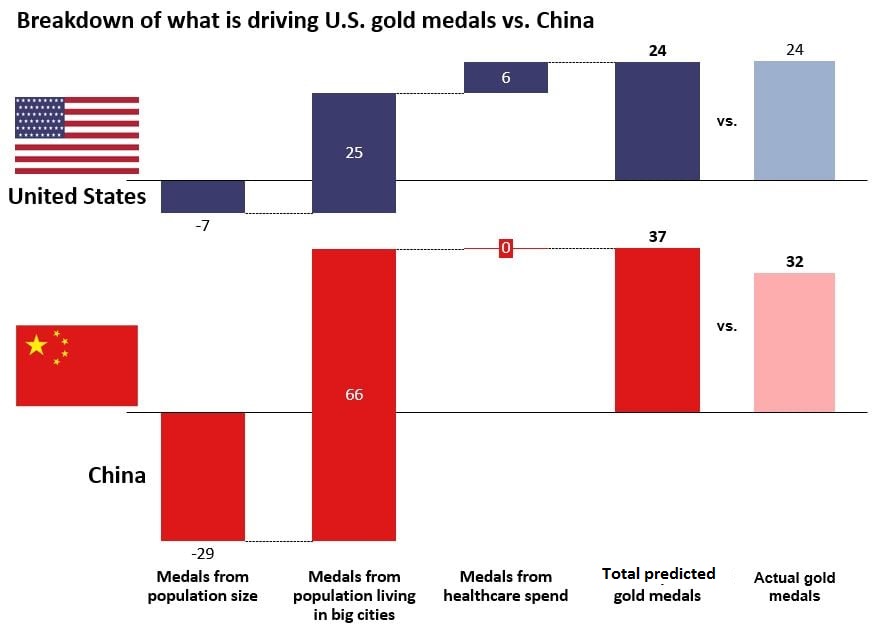 One takeaway, according to Tory Schalkle: As China experiences more urbanization and wealth creation, their gold count should increase. (Urbanizing just 6 million people equates to an additional gold medal.) Conversely, for highly populated countries like India, Indonesia, Pakistan, and Nigeria to be more of a medal threat, they would need to urbanize more rapidly and/or get significantly more wealthy (an additional gold medal requires an additional $2,000 USD healthcare spending for every resident). India, as it happens, was also an anomaly – garnering much fewer medals than Schalkle’s equation would suggest.

In a post-Moneyball world, leave it to a U.S. banker like Tory Schalkle to turn the thrill of the Olympic games into a simple equation. It would almost be annoying if it wasn’t so… well… accurate.