MARINA DEL REY, CA / APRIL 25, 2022 / A landmark lawsuit filed in California over a man’s death from COVID-19 places the onus directly on an employer for refusing to make reasonable workplace accommodations for someone with known underlying health problems.

Unlike many other employment death and injury lawsuits involving workplaces and coronavirus, which fall under the workers’ compensation exclusivity rule, V. James DeSimone Law determined that Michael Haywood requested reasonable accommodations and his bosses knew of his underlying health issues. He was a diabetic, had a respiratory condition, and was a two-time cancer survivor. Despite that, they required him to report to the office at the height of the pandemic where he was exposed to the virus and died in February 2021. 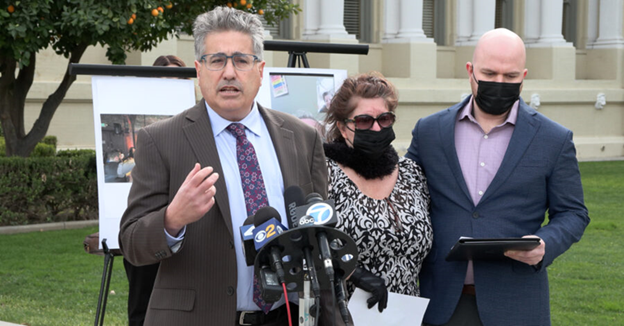 The law firm recognized that Haywood’s employer, the Riverside County Flood Control District, refused to meet their obligations under the state’s Fair Employment and Housing Act. This meant a lawsuit could be brought against the county to seek justice for Haywood’s widow Elizabeth and their adult children.

“Employers like Riverside County are legally obligated to do everything reasonably necessary to protect the life, safety, and health of their employees,” firm founder, DeSimone said. DeSimone, is an employment and civil rights attorney whose office is in Marina del Rey, Calif. “The county, by deliberately refusing to institute common-sense safety protocols, caused the death of a good man, husband, father, and employee.”
Among the causes of action, the DeSimone firm is suing Riverside County for wrongful death and the violation of the Fair Employment and Housing Act based on disability discrimination, the failure to provide reasonable accommodation, and more. The county is also being sued for negligence resulting in injury to Elizabeth Haywood, who survived her husband’s “take-home” COVID-19 but was left with long-term physical and psychological conditions.

This lawsuit points the way forward for other families who have lost loved ones to COVID-19 due to employers’ flouting of their federal and state obligations to provide a safe workplace. While some of these claims are subject to workers’ compensation, DeSimone said that it’s vitally important to first carefully review all the facts and evidence to determine whether a wrongful death or Fair Employment and Housing disability case can be filed in superior court. 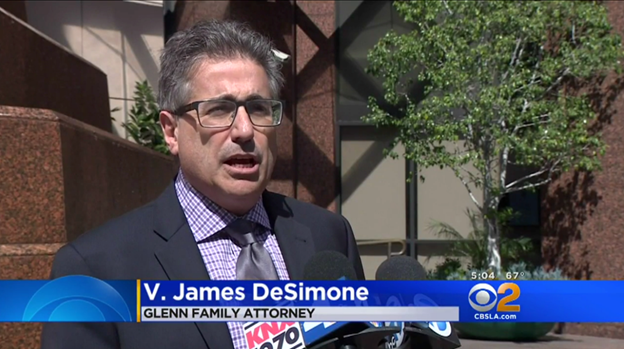 You may have seen Jim on Court TV, or on his YouTube channel, speaking about the law and topics like police misconduct and employee rights. Jim and his team have also been featured on Law.com and other prestigious online legal forums. His expertise led to media outlets turning to him for opinions on national legal news stories like the George Floyd case.

DeSimone, a 1985 graduate of UCLA School of Law, focuses his practice on seeking justice in a variety of workplace disputes. Recent trial victories include winning a $7.4 million employment retaliation case, $1.5 million in a defamation action against Loma Linda University Medical Center, $1.6 million in a racial harassment case on behalf of an African American hospital employee and a $1.5 million negligence and intentional misrepresentation case against the Orange County Coroner.

Fighting for employee’s rights is one aspect of V. James DeSimone’s lifelong commitment to protecting and fighting for individuals’ civil and Constitutional rights. 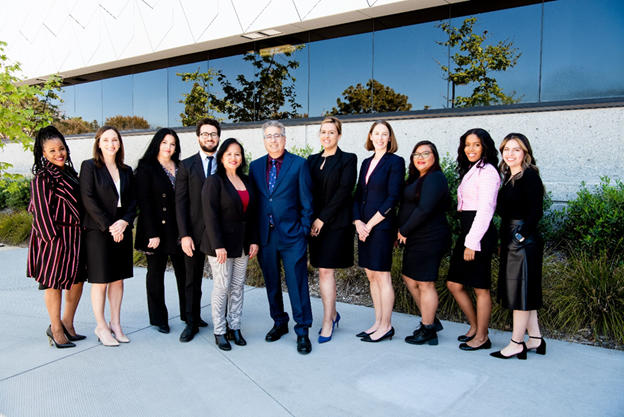 The team at V. James DeSimone Law is currently pursuing lawsuits against various police departments and municipalities for wrongful deaths, use of excessive force, false arrest, unreasonable search and seizure, and violations of the Bane Civil Rights Act, among other causes of action. Carmen Sabater, a former NYPD police officer, and civil rights lawyer, helps head a team of committed attorneys and paralegals dedicated to achieving justice for their clients. 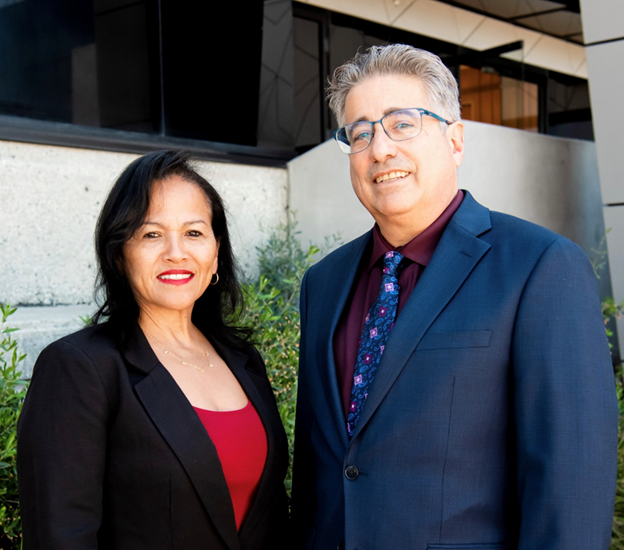 V. James DeSimone Law recently achieved a $3.5 million settlement for the mother and teenage son of an inmate who was beaten to death in her jail cell, which also includes non-monetary relief designed to improve the safety of prisons. Prison staff ignored multiple warnings, and some also witnessed another inmate making flagrant threats against the woman’s life. In another notable case, a Los Angeles Superior Court jury awarded their client $1.7 million in compensatory and punitive damages on behalf of a disabled man who was the target of excessive force by the LAPD.

In 2007 DeSimone Law won $2.1 million in what is believed to be the largest verdict ever in a false arrest case involving the plaintiff spending one night in jail. The lawsuit alleged that a female customer of Walgreens tried to exchange diet drinks that were expired and had made her sick. Instead of honoring her request, Walgreens had its security guards take her to a back room where they intimidated and bullied her repeatedly. They insisted she had been seen on video stealing the drinks from Walgreen’s shelf. The jury found that the evidence showed that security guards were lying and liable for false arrest and harassment based on gender in violation of California civil rights law.

DeSimone and his team are recognized among his peers for their tenacity in pursuing justice for his clients. In 2014 DeSimone was named California’s Civil Rights Attorney of the Year by California Lawyer Magazine, published by the California Bar Association. The award acknowledged his dogged and successful then15-year battle with the U.S. Citizenship and Immigration Services after an asylum officer fondled and demanded money and sexual acts from two Chinese immigrant women as a condition of granting them asylum. He ultimately achieved a $1.2 million verdict on their behalf. More importantly, V. James DeSimone Law has achieved these results for decades, while ensuring his clients’ interests are the most important element to providing compassionate, vigorous, and successful representation. Call them today for a free, no-obligation case evaluation.

What Sets My Firm Apart? 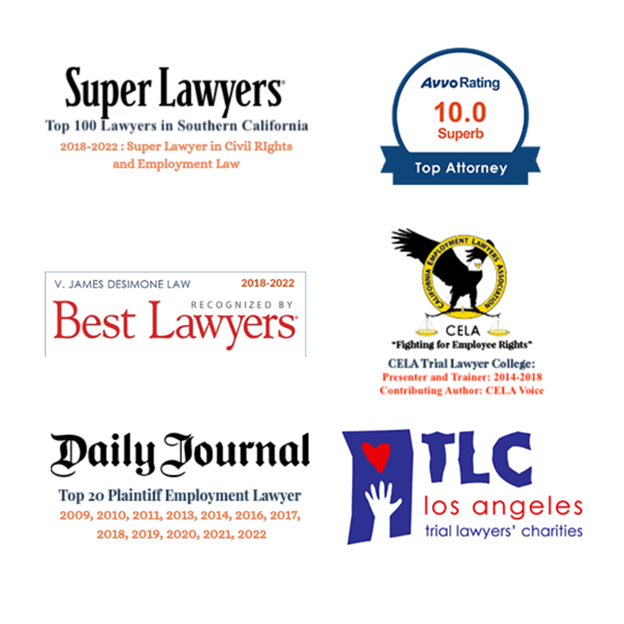 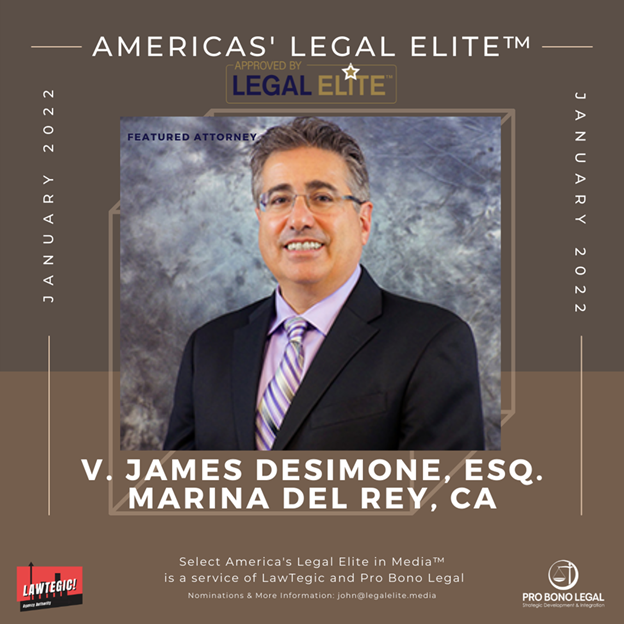 What are the Factors Driving the Growth of Powder Dispensing Systems : Fact.MR

Demand for Dipentaerythritol to Record a Volume CAGR of 3.0% Through 2027