With the slogan, “U.S. Government can do alone to reduce illegal immigration”, the United States Minority Chamber of Commerce announces the Hiring Foreign Employees Services to bring workforce from Honduras, El Salvador and Guatemala.

The United States Minority Chamber of Commerce announces the official launch of its Hiring Foreign Employees Services for U.S. Employers with interest to bring workforce from Honduras, El Salvador and Guatemala. The mission is to facilitate and to ensure the U.S. Employers are shortage of available U.S. workers to fill certain jobs.

The objective is to aimed at stimulating employment in the region and reduce the illegal immigration due interrelated factors that driving people from the Northern Triangle, including lack of economic opportunity, environmental challenges, and chronic violence.

In an effort to stem illegal migration, the Biden administration has unveiled a plan to reduce poverty in Central America program with the initiative for the Northern Triangle as a call to action to impulse Reform, Digital and Financial Inclusivity, Food Security and Agriculture, Renewable Energy and Climate Change, Education and Employment, and Healthcare to ensure inclusive access to healthcare.

“Since 2010 we visited Honduras, we know very well that country. The Chamber is commit to assist federal government with the powerful sector of minority companies. Our initiative has a goal aimed at assisting U.S. employers to fill current job openings with skill workers. The H2B visas to work temporally in the United States will help Honduras to stabilize their economy” said Doug Mayorga, CEO and Founder of the U.S. Minority Chamber of Commerce, “Federal government believes partnering with the U.S. private sector will make the plan of action a reality, and we are set to be part of this great effort of president Biden’s administration. So far, 150 companies have committed to the goal of developing the Northern Triangle with 400 positions for skill workers.”

About the United States Minority Chamber of Commerce:  Founded in Miami Dade in 2000 continues to have a rich tradition of staging one of the best initiative to reduce poverty, illegal immigration and the organize crime in the region. Working to further its mission to promote and connect global commerce; provide access to trade opportunities; and develop capacity for minority business development to understand culture in Latin America and the Caribbean. The U.S. MCC is nationally recognized for its work with major corporations to promote minority business development and growth.  For more information: www.minoritychamber.net 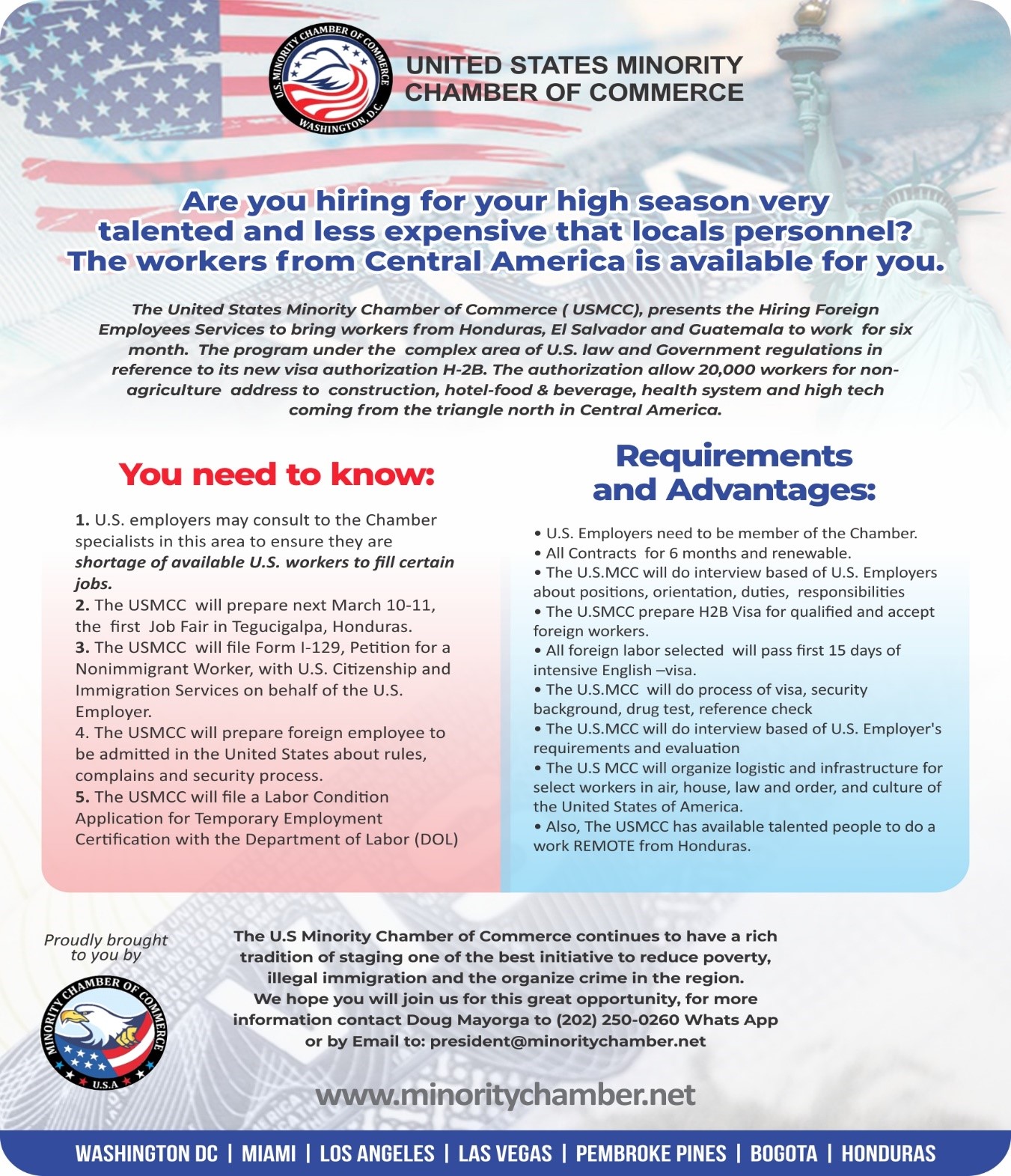 Heading South for the Winter? Checklist of 7 Ways to Winterize Your Home Before Heading South