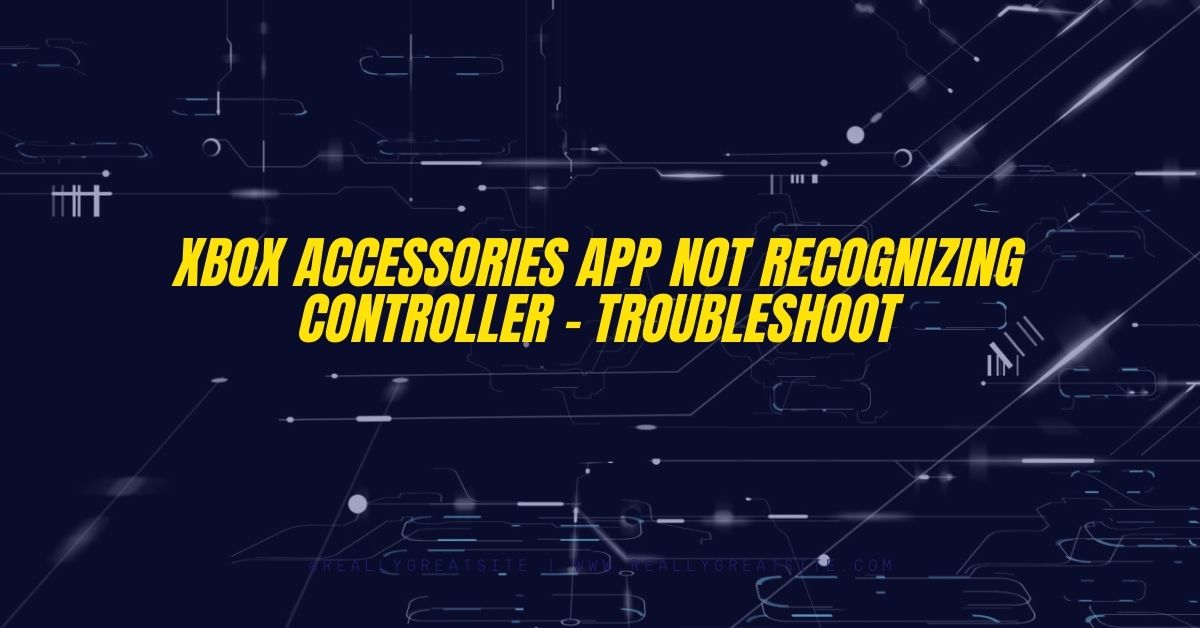 While a keyboard is the most intuitive gaming periphery ever created, you can also make a strong case for console controllers; be it Sony’s DualShocks or DualSense or Xbox’s Wireless Controller, handheld controllers have definitely come a long way to contend with the PC master race’s answer to controllers. With that being said, there is still one place where these otherwise-brilliant controllers start to fall apart; connecting them to other non-proprietary devices. This is where all controllers (except the keyboard) need work; for instance, there are many threads filled to the brim with people trying to solve this problem: Xbox accessories app not recognizing controller.

Console folks, don’t get this wrong. DualShocks and DualSense connect seamlessly with Sony Xperias and other Sony handheld devices and Xbox controllers have no problem connecting with Windows PC. But beyond that, getting a controller to connect to another PC is almost always going to end up with you getting back to your trusty old keyboard. And when it comes to Windows PC connecting to Xbox Wireless Controller, there are still some issues that need ironing out. Do a quick search for ‘Xbox accessories app not recognizing controller’ and in an instant, you’ll be hit in the face with thousands of threads and questions asking for troubleshooting methods.

Which brings us to this: what is the troubleshooting method for this problem and when will Microsoft pay heed to the gamers who want the fine-tuned controls of the wireless controller on their vastly powerful PC? Its sacrilegious for the PC master race to use a peasant’s console controller but where ergonomics and response, tuning of controls and trigger sensitivity matters, controllers will still outplay the more conventional keyboard, always. On to the problem at hand,

How to Troubleshoot Xbox Accessories App Not Recognizing Controller

This problem is fairly frequent and mostly has been seen with users of the application post-firmware update, which has apparently blocked out a majority of Xbox controllers from functioning on Windows PC and fine-tuning on Xbox’s themselves. There are a bunch of solutions, which range from really simple signing in to another application to complex ventures into the Settings of the console or the PC.

However, upon a quick search of this topic, most of the threads end with the run-of-the-mill answers like ‘Contact Microsoft Support for this or Xbox support if the problem persists’. Needless to say, if you have such a vexing problem at your hands, it wont just go away with a simple ‘I tried turning it off and back on again, and it worked’. It requires some poking around; some messing with the Settings or might even require you to roll back the firmware update for Windows PC. Anyways, here is how you can work around this issue.

So the first and most common diagnosis for this problem is the firmware update on Windows PC, which has rendered most of the wireless controllers useless when connecting with PCs. To get around the issue, there are generally two accepted solutions; the first is to roll back the firmware update altogether to see if the problem is dispersed and the second one alludes to the console itself. These two are explained below.

Rolling back the firmware update has worked in some cases and the controller then works with the Xbox accessories application, but this has been deemed non-viable by many on Microsoft’s own discussion thread. Owing to the nature of the firmware update, you might end up reversing a lot of new stuff that was added in to counter the bugs hidden deep under. Rolling back the update will essentially make them surface again, not to mention the constant reminders to update the version and the eventual message that will end support for the previous framework. You’re welcome to try it to work out the issue, but it is less likely to work.

As for the second option, this seems to have worked in a lot of cases (as evident by the many upvotes this method has on Reddit and Microsoft’s own thread). This requires for the controller to be plugged and connected to the Xbox first; update the firmware on the console and use the controller for a minute or two. Then, once the controller has run on the console with the firmware update installed, you can go on and connect it to your Windows PC using the Xbox accessories application. Many threads and comments have stated that this worked successfully for their controller and PC.

This solution was found on a Reddit thread, belonging to the sub-Reddit r/xboxone, which has since been upvoted many times and for the OP themselves, has worked. Not to mention the others who have benefitted from this solution, you can try it out too to make sure your controller works absolutely fine with the PC or Xbox and retains all of the re-mapping or fine-tuning of controls.

So, the solution goes something like this. The controller isn’t working when you try to connect it with the Windows PC wirelessly. The only reason for using a controller in the first place was due to its wireless capabilities and since it isn’t doing that, you might as well start using a keyboard again. So, in order to connect the controller wirelessly, you need to download and install a few apps other than the Xbox accessories application, which will then require you to sign in from those applications to allow the controller to connect wirelessly. Otherwise, it will require a wired connection and the custom mapping of the buttons and triggers will not be available for use during gaming.

Following is the list of apps you need to download to make it work. These are all genuine Microsoft applications and are not offered by some third-party developer; instead, Microsoft themselves have provided these. Their uses are actually different than what they are being used for in this guide, but we’ll show you how it goes.

These three applications will work in tandem to rectify that issue. So, you start by installing the Xbox app and loading it up. Sign in with this app to automatically sign in to and load up Xbox Accessories application. This will allow the controller to work wirelessly with the Windows PC or Xbox; however, there have been complaints of just these two apps not being enough to run the controller. So, this is where the third ‘identity provider app’ comes in. As the name implies, it provides and authorizes your Xbox Live credentials to work with the aforementioned applications without a hitch.

Install the Xbox Identity Provider app and then sign in with Xbox Accessories app. This time, you will be able to log in and register, re-map and fine-tune the controls for the wireless controller. After the controller has been added to the library, you will be asked to update the firmware (this will not impede the process in any way). Update the firmware and restart the application. The controller will work just perfectly and you will not have any problems with it anymore.